A critical portrait of Victorian society is how Ricardo Neves-Neves defines ‘Alice in Wonderland’, which the actor and director adapted from the work of Lewis Carroll and which is being debuted at the D. Maria II National Theater in Lisbon.

Adapted from the homonymous work of the British writer, published in 1865, ‘Alice in Wonderland’ that Ricardo Neves-Neves and Maria João Luís stage now is, however, a dramaturgy adapted from this work and that seeks much action to which happens, ‘Alice from the Other Side of the Mirror’.

“We wanted a less candid character, more ‘maria-lus’, more pespineta and that influenced much the starting point of the adaptation,” Ricardo Neves-Neves said, on the sidelines of a rehearsal of the play, for the press.

The director admitted that only in the midst of adaptation and realized that he ends up telling the story of ‘Alice in Wonderland’ through the dialogues and characters of ‘Alice from the Other Side of the Mirror’, although the narrative is from the first work.

This is, according to the director of the Electric Theater, the novelty of this text that stages with Maria João Luís, director of the Theater of the Earth, after, in 2015, they staged together an adaptation of ‘A Christmas Carol’ by Charles Dickens.

“Nonsense” and humor are privileged territories of the plays chosen by Ricardo Neves-Neves since he read the work of Lewis Carroll at age 19 when he was moving to the second year of the Lisbon Conservatory course, he explained.

The language of the author of the original work is a language that the director appreciates and admires, and in which he feels more comfortable to stage.

However, the play that is now debuting in the D. Garrett room of D. Maria II has “a third to a quarter of the texts” from the pen of Ricardo Neves-Neves.

“Well, because there is a need to ‘paste’ scenes, and therefore you have to write text to fit them, or simply because, in working the text, the director has felt like writing,” he said.

And as both Ricardo Neves-Neves and Maria João Luís liked to take this work to the scene, they chose to do it now, but not because it is Christmas time.

“Lewis Carroll plays surrealism in a very direct way and I think it was time to put it on the stage, not because it was Christmas but because I and Maria João Luís thought it was a good time to do it,” he said. Ricardo Neves-Neves.

‘Alice in Wonderland’ has a live soundtrack and the ‘beat’ of the song respects Alice’s heartbeat, notes the director.

“The soundtrack was thought according to the way Alice has in this country,” he said, adding that it is therefore not surprising that the rhythm of the song accelerates when Alice “is more curious,” or slows when she “is fearful and in need of silence. ”

The story centers around the character who names the play and who, due to curiosity, is drawn to a rabbit hole, from which she is transported to a fantastic location populated by particular creatures.

In this work, Lewis Carroll relied on the characters to make a critique of the British society of the time and its habits.

The scenery is by Ângela Rocha, the costumes, by Rafaela Mapril.

In D. Maria II, the play is staged until January 6, with performances from Wednesday to Saturday at 7:00 p.m., and on Sunday at 4:00 p.m. On January 6, there will be a session with interpretation in Portuguese sign language and a conversation with the artists, at the end of the show. 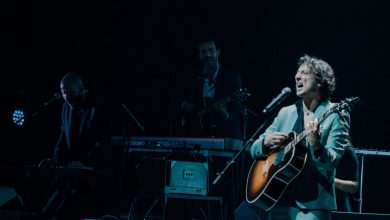