After the concert has been postponed twice, finally the best Portuguese rock band takes the stage at the Altice Arena, for a fantastic concert with the Portuguese Philharmonic Orchestra.

Full of fans, who, before the concert, had fun singing, making the wave through the stands and audience or clapping their hands, on a night when enthusiasm could be seen in the eyes of each one of those present.

The Portuguese Philharmonic Orchestra was the first to go into action, under the baton of conductor Osvaldo Ferreira, they performed a medley of hits by Xutos e Pontapés, and then with the sound of “À Minha Maneira” the pavilion came down with the entrance, by Tim, João Cabeleira, Kalú and Gui.

This is followed by an alignment that included recent works but of course also classics, themes that mark the history of the Portuguese band, but also the history of Portuguese music. ”Contentores”, ”Circo de Feras”, ”Chuva Dissolvente”, “Ave Maria”, ”Remar Remar”, ”Homem do Leme” and “Para Ti Maria”, could not be missing, and the public could not stay seated any longer, accompanied the band, with applause, singing in chorus and dancing, even if only next to his chair.

After Seu Jorge and Alexandre Pires, this was the second big concert by Altice Arena, full house, after being closed for so long due to the pandemic, and it could not have reopened better, after two great musicians from Brazil to open their Tour in Portugal, followed by the best Portuguese rock band, Tim did not fail to thank the audience who filled the room to see them for coming, also saying, “Thank you for keeping hope“.

Tim also doesn’t forget to pay homage to Zé Pedro, who, even though he’s not at Altice, will always be remembered wherever Xutos and Pontapés, perform or play the band theme, “There are people we miss, but who are always in our heart”, referring to his friend Zé Pedro, before interpreting, “Forever”.

Periferias Festival presents over 30 films in Alentejo and Extremadura 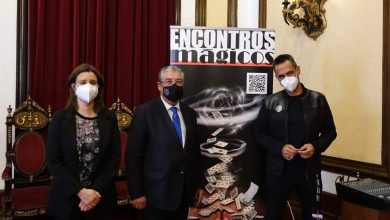