It is the first time that an Angolan personality has received this award, given since 2016 to people who have contributed exceptionally to the protection and promotion of human rights and the rule of law in their countries and internationally.

Sérgio Piçarra started his career in the 1980s and is today the most renowned cartoonist and author in Angola, says the press release.

In 1990, he began his career as a cartoonist, creating the character «Mankiko, the imbumbável» and which today constitutes the greatest reference of Angolan caricature, the document adds.

The cartoonist has already participated in international events such as the International Convention of African Caricaturists in South Africa and in the celebrations of the International Day of Freedom of Expression of the Cartooning for Peace movement, in Addis Ababa, (Ethiopia) in 2019.

Luísa Sobral was at Fnac Chiado to present ‘DanSando’ 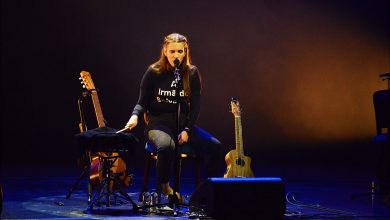