On the last night of the Paredes de Coura 2018 Festival, the Arcade Fire returned to the “older” venue but still with more power and mastery to wake the audience and reduce the world to an “all now.”

The Canadian band, who returned to the event that ended Saturday night at Fluvial Beach in Taboão, also recalled the soul of Aretha Franklin, who died on Thursday, and the “lack of soul” of Donald Trump.

“Perfect from the first to the last chord” was the way the concerts of the 26th edition of Paredes de Coura were described, which also had the peculiarity of finishing with the chords of the mythical “Walk on the wild side” of the iconic Lou Reed.

“Everithing now” gave the nickname to what was the most anticipated concert of the festival and “did not disappoint”. With the translation of the title going on the screen at the top of the stage, “All Right Now”, that’s what the Arcade Fire gave the 27,000 people who went to the Coa to see, hear and feel.

There followed some of the band’s successes, from the various albums already published, Funeral, Neon Bible, Reflektor or The Suburbs, accompanied by games of light, colors, movements, a ball of mirrors in the middle of the stage and always, always, by the voice the public.

In the middle, the band regretted the death of the “queen of soul”, the North American Aretha Franklin, and dedicated a song to the “lack of soul” of the current President of the United States of America, Donald Trump.

“Wake Up,” one of the band’s reference songs, was the last that the Canadians played, following the final feat, “Walk on the wild side” by the founder of the Velvet Underground.

Giving back to the audience several times at the end of the songs, vocalist Win Butle recalled the band’s first performance in Paredes de Coura in 2005. “We’re back now, we’re kids, we’re older,” he said, but the show proved that time only enhanced the band’s ability to set fire to the audience.

“It’s a festival almost isolated from the others, it does not have any festival next to it and that’s why it’s much harder to program, which I promise is that we will improve the infrastructures even more and, despite the level of acceptance, we will do more and better because I cross here only the same arms for interviews, “he said.

For João Carvalho, one of the brands of Paredes de Coura has been the environmental concern, beyond the “investment in the comfort of the public and not only in the bands”.

“We sensitize people to environmental problems, we also ask sponsors, Civil Protection we ask people for this environmental awareness work and we invest heavily in the cleaning teams,” he said. 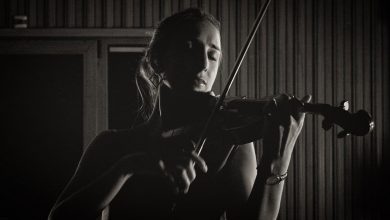