The Chamber of Lisbon will open a lease at affordable prices, this time in Arroios and Madragoa, a measure taken out of the diagnosis made through the line SOS Evictions, revealed today to Lusa the housing council.

The objective of the SOS line of evictions was not only to provide information to citizens but also to “obtain knowledge of the various occurrences in the city, perceiving its distribution in the territory, in order to structure new measures and support political options under the Local Housing Program” .

“Among these are the opening of a new scholarship in the historic centre, encompassing other areas such as Arroios and Madragoa,” reveals the information transmitted to Lusa by the housing councillor Paula Marques (Citizens for Lisbon movement, elected on the PS list ).

According to a balance of the first six months of activity of the line SOS Evictions, most of the contacts were made by residents in Arroios, with 23 cases, and in the parishes of the historic center, such as Santa Maria Maior, with 15 cases, Campo de Ourique and Penha de França, with 13 cases each, and Penha de França, 12, for a total of 187 contacts.

This second scholarship will be joined by the competition for the allocation of 110 affordable housing to residents of the parishes of Santa Maria Maior, Santo António, São Vicente and Misericórdia, in the historic area of the city, which opened in May this year, aimed specifically at residents at proven risk of loss of housing.

According to the announcement made in April by the mayor of the city, Fernando Medina (PS), these 110 fires from the program “Habitar o Centro Histórico” represented a total investment of two million euros.

The program, created with municipal patrimony, aims to respond to the real estate pressure that has affected these residents since the entry into force of the “rent law” and the growth of tourism.

“This program consists of mobilizing all the assets of the Lisbon Chamber, more than 100 fractions, more than 100 houses are being rehabilitated for the lower income people who live in the historic center and are at risk of losing their home, for because of the circumstances of the city’s economy, because of their own circumstances of life, what we want to say to these people is to give them a guarantee that they will find a solution here on the part of the Lisbon Chamber ” , stressed Medina in April.

The SOS Evictions line, which runs through the toll-free telephone number 800 919 075 and the infodespejos@cm-lisboa.pt e-mail, aims to “inform the citizens” and also “obtain knowledge of the various occurrences in the city, realizing what their distribution in the territory, in order to structure new measures and to support political options of the Local Housing Program “, being underlined in the proposal that approved the service that” is not a line for homework assignment. “ 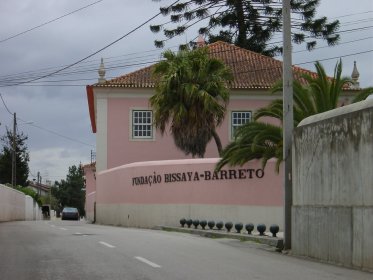 Coimbra hosts exhibition of surrealism with more than 100 artists