The Manicómio project in Lisbon, dedicated to artists with mental illness, is only open at the end of the month, but there are already artists working, along with start-ups, independent workers and well away from the hospital.

Space is integrated into the coworking NOW in the Beato, and the project area is signalled with a blue neon that reads: ‘Manicomio / based on a true story’. The walls, already naked, will welcome works by the artists who work there.

A total of ten selected by Sandro Resende and José Azevedo – project managers and founders of the Creative and Artistic Development Association P28, who taught plastic arts to patients at Júlio de Matos Hospital in Lisbon about 20 years ago – the quality of what they do, regardless of the history of mental illness.

Carlos, 60, started about three years ago to dedicate himself to the Arts, in Júlio de Matos, in occupational therapy, although he already had “training in drawing, it was a technical drawing”, he made “sketches of machines”.

In the Manicomio is dedicated to making models. “I’m going to do a house model, but with new concepts, which do not necessarily have to be applied in practice,” he said.

In addition, he continues to go to the hospital, where he never got hospitalized, “to make pottery“, where he is integrated into the Aurora Radio project.

For Sandro Resende and José Azevedo, it was “very important” that people could “have a decent space and that it has no associated stigmas”. “For this reason, the birth of this project, in a new space, outside the hospital walls,” said Sandro Resende, in statements in November.

Carlos feels in the new space “an environment much more removed from all the problems that feel quite inside [in the hospital] and that they end up affecting“.

“Not here, it’s a completely healthy environment, I like it a lot. Although I do not have a schedule, all my free time – I’m not in occupational therapy or radio – I’m here,” he said.

Until arriving at Blessed it still does “a few hours every day in the transports“. If he is there, “he is” because he pleases him. “I feel perfectly comfortable, comfortable, I feel really good, it’s been a good opportunity,” he confided.

Until needing psychiatric help, Carlos had a “perfectly normal” life, but “very agitated and very busy, worked many hours”. He spent 22 years in a multinational company, until he decided, “when the relocation of factories began,” to start a company.

“I thought it was time to relax a bit more and it was just the opposite. I got the crisis, it was a permanent fight, and all the time I was there I ended up completely exhausting myself. The company still exists, but I’ve moved away so I can not go back to it, “he said.

Today, Carlos is aware that “the search for help was very slow“.

“When I was working on my own, maybe it was easier because in terms of the stigma it was easier to search, but more difficult because of availability. When you are working in a company, it is completely impossible, because that is soon. It is not that people are dismissed, but maybe they are not so called because it creates some protection, on the side of the company and the side of the person because we do not know how far we can count on it “, said.

Admitting that he might have stigmatized someone at another time, he argues that “people who have problems are completely valid.”

With the artwork, he discovered “a patience” he never had.

“It may have to do with a lot of things, change of life, availability that did not exist, some tranquillity of the goals being marked by us,” he said, noting that he notes “a huge difference in behaviour.”

In relation to talent, “if there is any,” he believes that “it was there, it was a matter of working.”

The experience of Claudia R. Sampaio, 37, is completely different from that of Carlos. For two years she had been painting alone at home, besides writing. There are books published and one of his plays has reached the stage of Culturgest. Although she was hospitalized three times at Júlio de Matos, it was already out of the hospital that Sandro Resende and José Azevedo arrived.

“While I was hospitalized I never met Sandro, it was my initiative outside. I found an interview with him and was interested in showing my work to gallery owners,” he said. And so he did. He showed them their work, they told them that they were going to go forward with the Manicomium and wanted to know if they would be interested in participating.

Although he did not do occupational therapy in the hospital, he can point out differences between creating inside and outside the hospital walls.

“I can imagine why I know the hospital very well, besides the hospitalizations I have consultations there, and there are rules for everything.” Especially in art, we have to be very available and feel the minimum of freedom possible to create. black, “he shared.

There, although there was no timetable, he felt that “starting to have a routine” and “compelling himself” to “be with other people” would do him good. “And you’re doing it,” he confided.

With different ages, different life histories and mental issues of different grades, they end up living daily, having lunch or taking breaks together.

For Claudia, the fact that she has people with “hospital experience” next to them, makes her feel “accompanied because they perceive”.

“If one day I am worse, in a normal job I would not be able to share, here if one day is lower they will all realize. No one will judge me,” he explained.

Already in society, the relationship with mental illness, “nothing has changed, everything is the same“.

“Of course, there was evolution, and in the past, a psychiatric hospital was an unimaginable thing, even in psychiatry itself, in medicine. More is said about things, but from the point of view of a person who is not in this world, someone saying ‘I am mentally ill’ immediately leads to an entire image that one is talking to a nutcase or a person without abilities, “he said.

But Cláudia recalls that “great geniuses in art history had mental problems of various styles.” For her, they are just “people with a different sensitivity“.

“The name of my disorder is just a name. What I experience with my disorder is that I have a sensitivity that disturbs my life, which makes me have more difficulty than a person said normally in facing day today,” said.

Until she was hospitalized the first time, she had “normal work“. And during work hours “I was normal,” but “I came home and wanted to die.” “It was like this every day, a constant oscillation in my state of humour that the others did not perceive. In my head I did not think it was possible that it was not perceived and found very visible,” he shared.

When asked if he would have created a facade, he admits that “at the bottom, there is a facade, which is instinctive of the human being“. “Until the last moment trying to get a job and a normal life, and that instinct made me be fighting for it,” he said.

She often heard that she was “just spoiled,” that “was drawing attention,” that “there are worse things in life, people with cancer, starving to death.” “But what disorder? It does not exist, it’s all invented by psychiatrists,” came to listen as well.

Space where Claudia now develops her artistic side “is an absolutely normal workplace“. 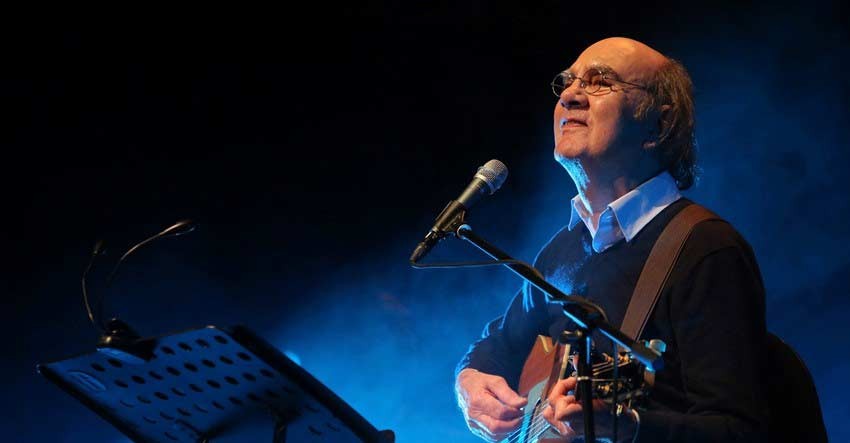