Benfica was this Wednesday eliminated from the Futsal Champions League, after being thrashed in the end rooms at Kairat Almaty, 6-2, at a meeting that was solved only in the prolongation.

In a final-eight that runs in Zadar, in Croatia, it was the training Kazako the first to open the marker thanks to a Gadean goal at 15 minutes. Afonso Jesus would match the marker seconds later.

Already in the second half, Edson returned to Kazakhstan’s team at 30 minutes, but a goal from Tiago Brito five minutes from the end took the departure for extension, a situation that happened already after the Kazaks have played two minutes without less A player by higuite expulsion after a hard entrance over Chishkala.

With the game in the added time, the Kairat team was stronger than the incarnate team and secured a place in the semi-finals of the competition. Dauren Tursagulov returned Kairat on advantage to seconds from the end of the first part of the extra time.

Gadia raised to 4-2 the result for the Kazaks. Already with the Portuguese team playing with an advanced goalkeeper, the Kairat reached 5-2 by Fernandinho, and 6-2 by Orazov, thus ending Benfica in the Champions League.

Sporting, European champion in 2018/19, is also present in the “final of 8” facing the Russians of the KPRF Moscow on Thursday, from 7:00 p.m. (Lisbon). The final is held on Monday.

'Returnal' is the new exclusive for PlayStation 5 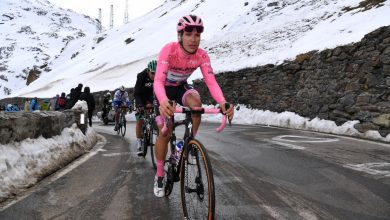