The exhibition ‘Accord de Paris‘, by Bordalo II, brings together 30 works by the Portuguese artist in the French capital, with various types of plastic found in the trash, to create endangered animals and alert to problems of sustainability of the planet.

“The ‘Accord de Paris’] as the name of the exhibition is symbolic because, beyond the issues addressed in the Paris Accord, there are a number of other things that have to be changed, legislated and need to have goals to continue living on a sustainable planet.I do not even talk about animals anymore.If we think in a selfish way, humans have to think about their home.We only have this place to live.If making an exhibition on this subject in Paris makes perfect sense “said Artur Bordalo, known as Bordalo II, during an exclusive visit to the press.

The exhibition will be inaugurated on January 26, ending on March 2. Being one of the greatest exhibitions of the Portuguese artist, Bordalo II considers that it has the peculiarity of being realized “in a less conventional space”, in the heart of a more recent zones of the French capital, next to the library François Miterrand – the space that is in rough, will be converted in a supermarket in a few months – something the artist considers “contradictory” and “fantastic”, since his work focuses on the problematic “economy versus nature”.

The artist has developed 30 works that represent animals in danger of extinction, made from plastics found in garbage and on the street. Some works are half realistic, showing the animals in their natural colors – with stuffed animals lying in the trash to serve as hairs – or made entirely of colored plastics. The Portuguese also installed a lemur and an owl, with the same technique, in streets adjacent to the exhibition.

There are also a number of critical works in today’s society, where Bordalo II used technological garbage like cell phones or computer keyboards to show how humans are too tied to technology and away from nature.

“We have to think about stop producing so much, stop consuming so much and in this the big brands have a great responsibility,” said Bordalo II, who identifies himself as an activist.

“One of the most important things for me is that my work does not fall on the surface, but always has something to say with a strong educational component and a social and political part of it. If people see my works, it is important that they do not is just beautiful, but has a part that contributes to a change, “he added.

The exhibition was organized by the gallery Mathgoth – specializing in urban art – which represents the artist in Paris.

Mathilde Jourdain, the gallery’s director, said the works are already stirring the interest of buyers in France. “We already have contacts with a lot of interest in the pieces of Bordalo II.In the collective exhibition we did last year, we had a piece of it, we sold it and we could have sold it several times, and the interest is not only of collectors of urban art , but its audience is very large, and there are also collectors of contemporary art who are interested, “said the director of the gallery.

Entry to this exhibition is free, but all the works of the Portuguese artist are on sale. The figures fluctuate between 2,500 and 25,000 euros, although Bordalo II emphasizes that this is not the purpose of the exhibition.

“The economic part of the exhibition is not what is most relevant. I want my work to have something to say and, for example, reaching the kids is my focus and what interests me the most at the moment,” said the Portuguese artist.

In this sense, the mornings of the exhibition are reserved for Parisian schools and colleges, just as the exhibition itself is adapted to children, with the works being strategically positioned so that they can be accessible to the little ones.

Former vocalist of the Supertramp and Xutos & Pontapés together in Leiria 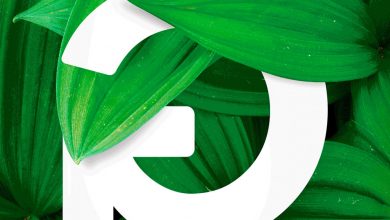