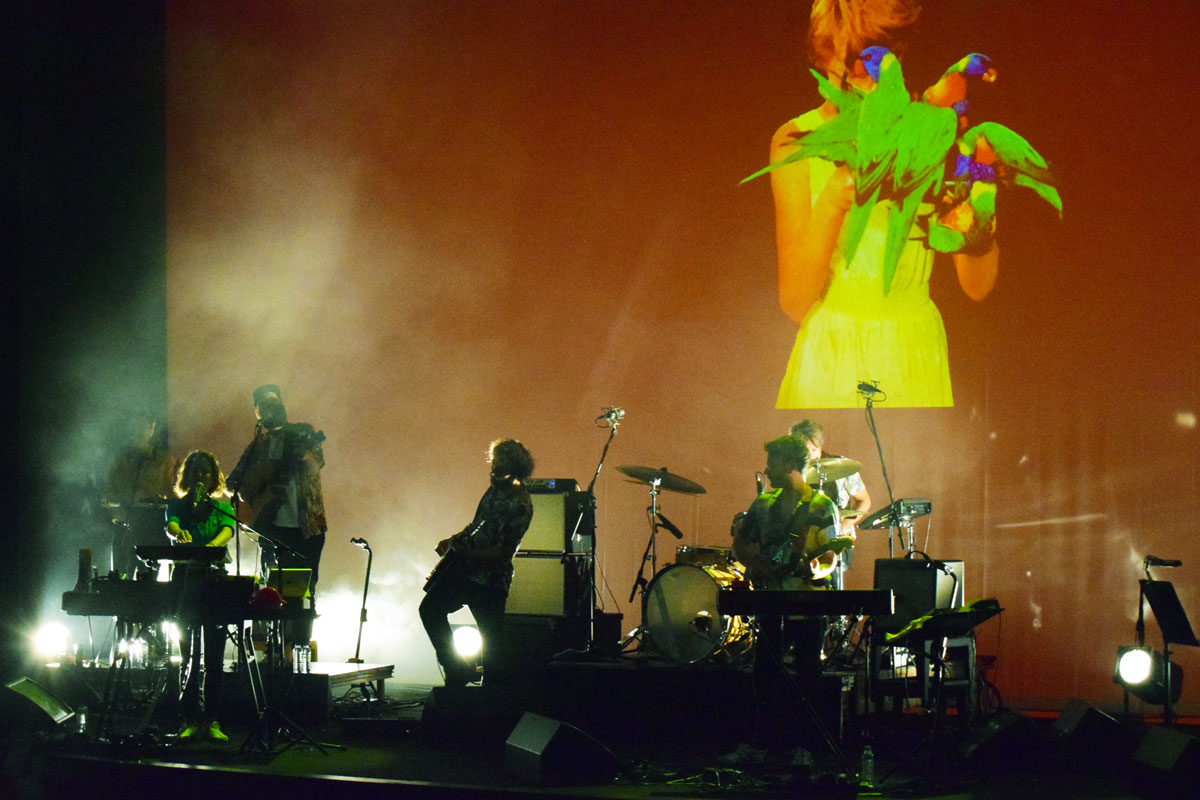 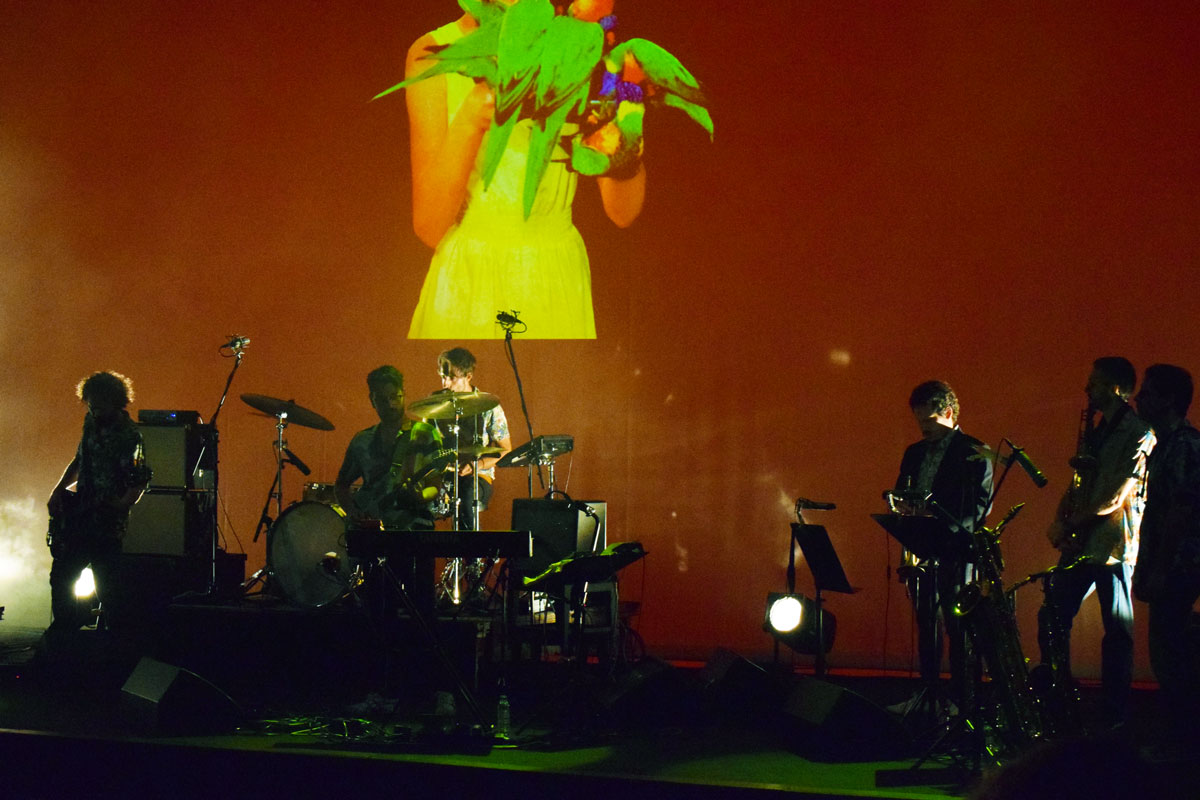 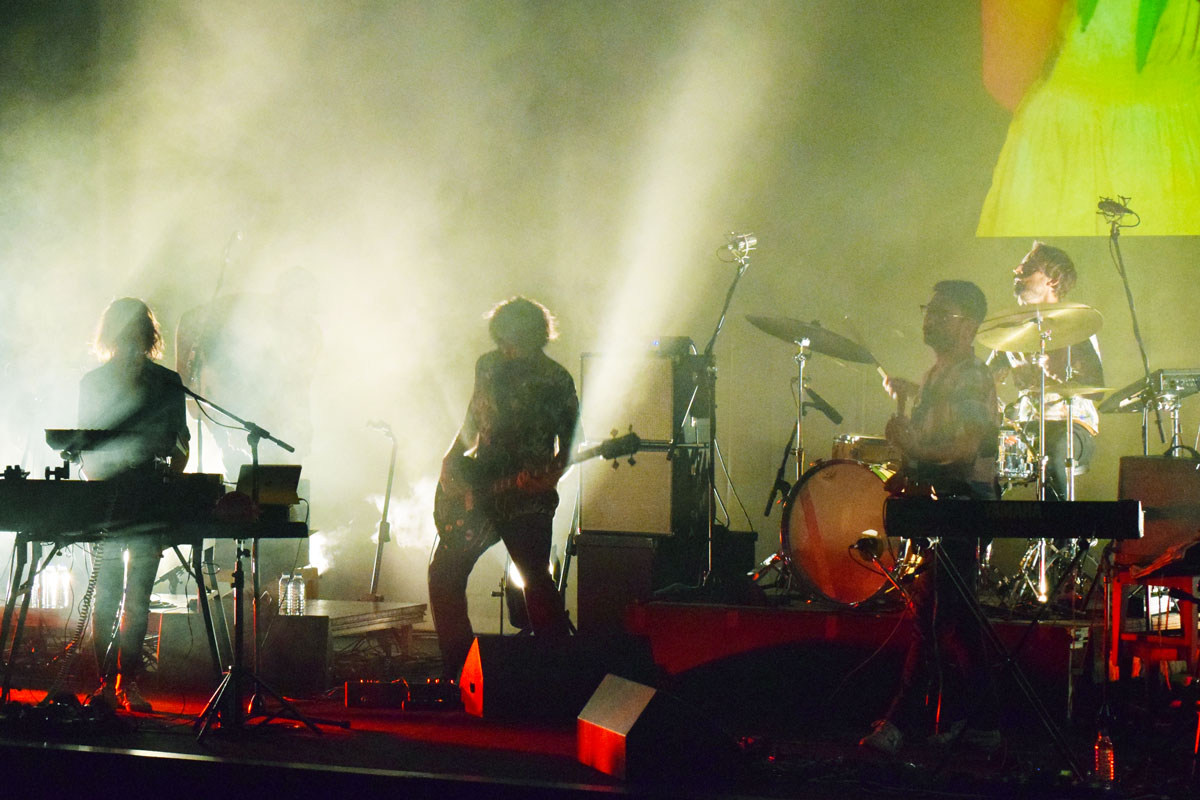 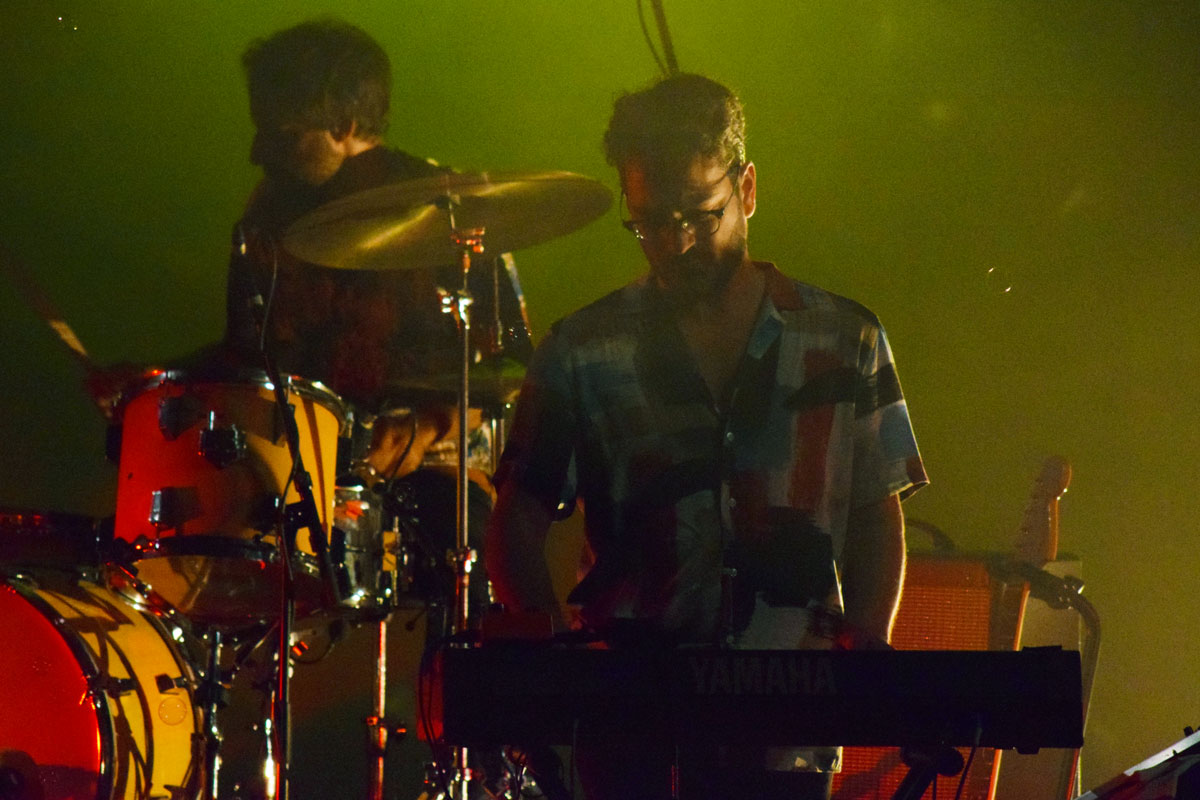 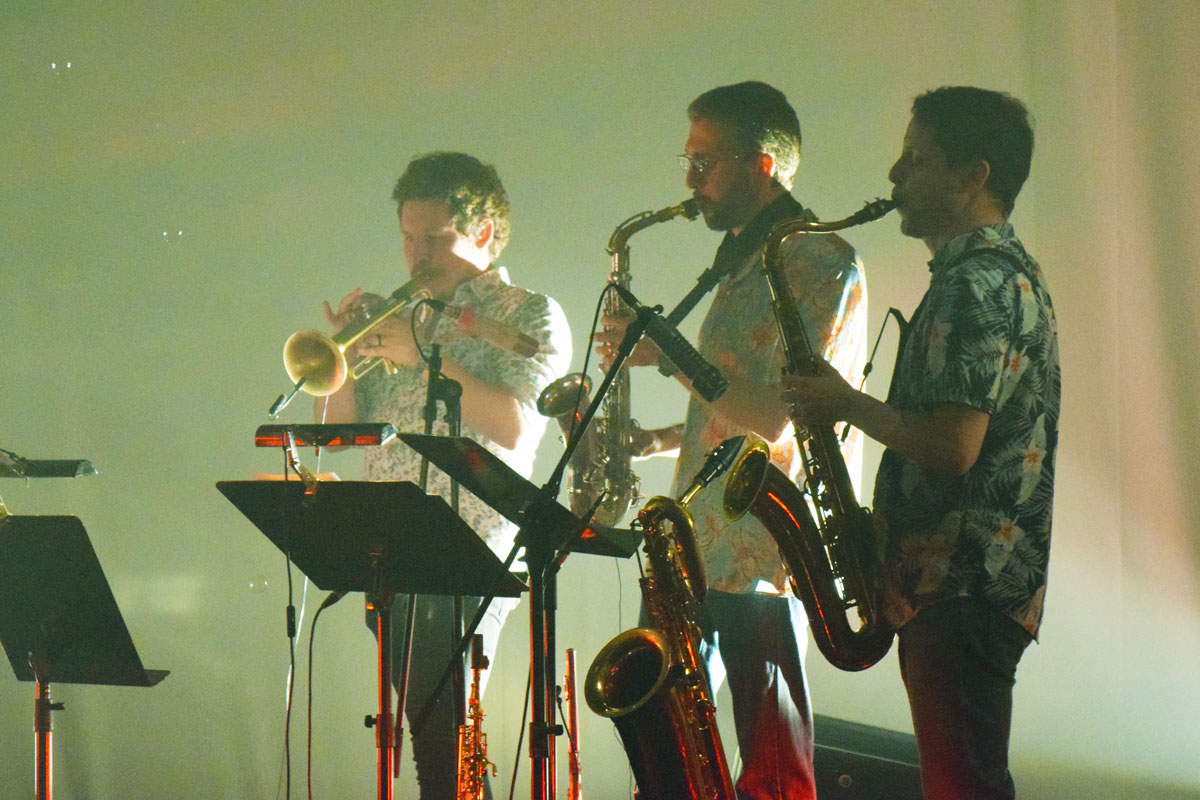 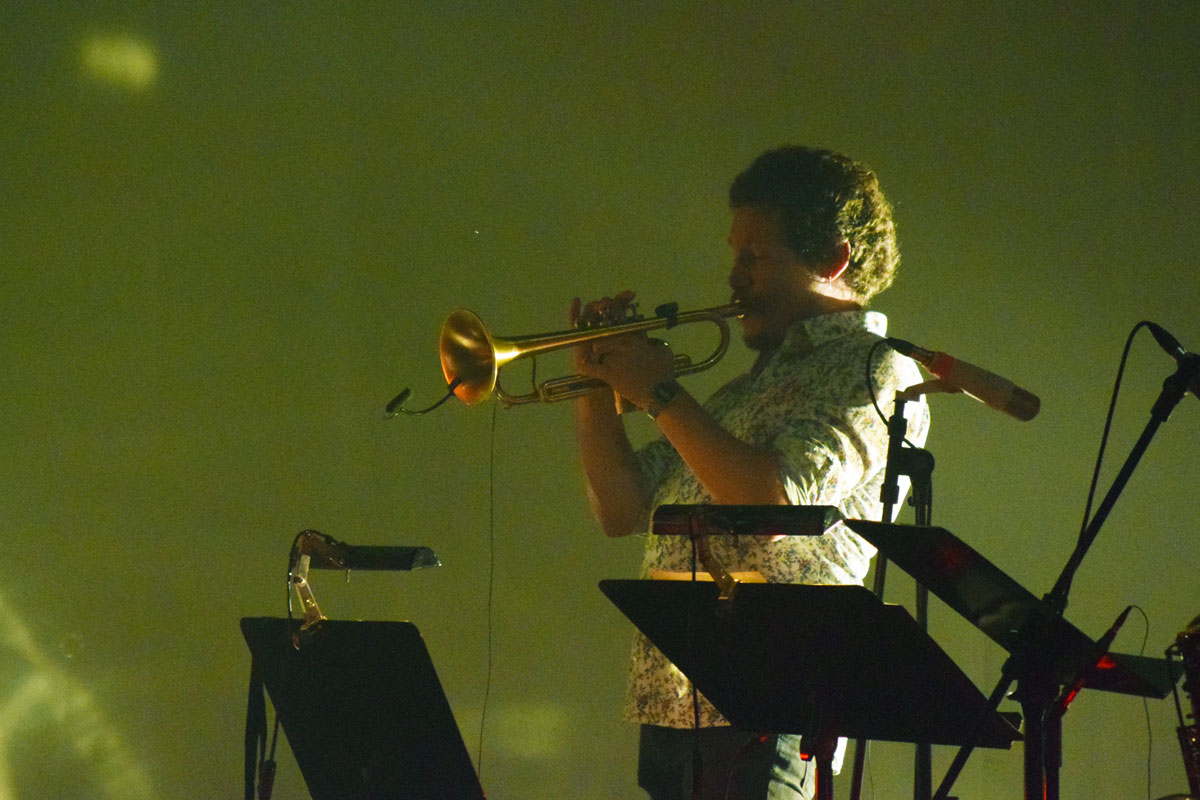 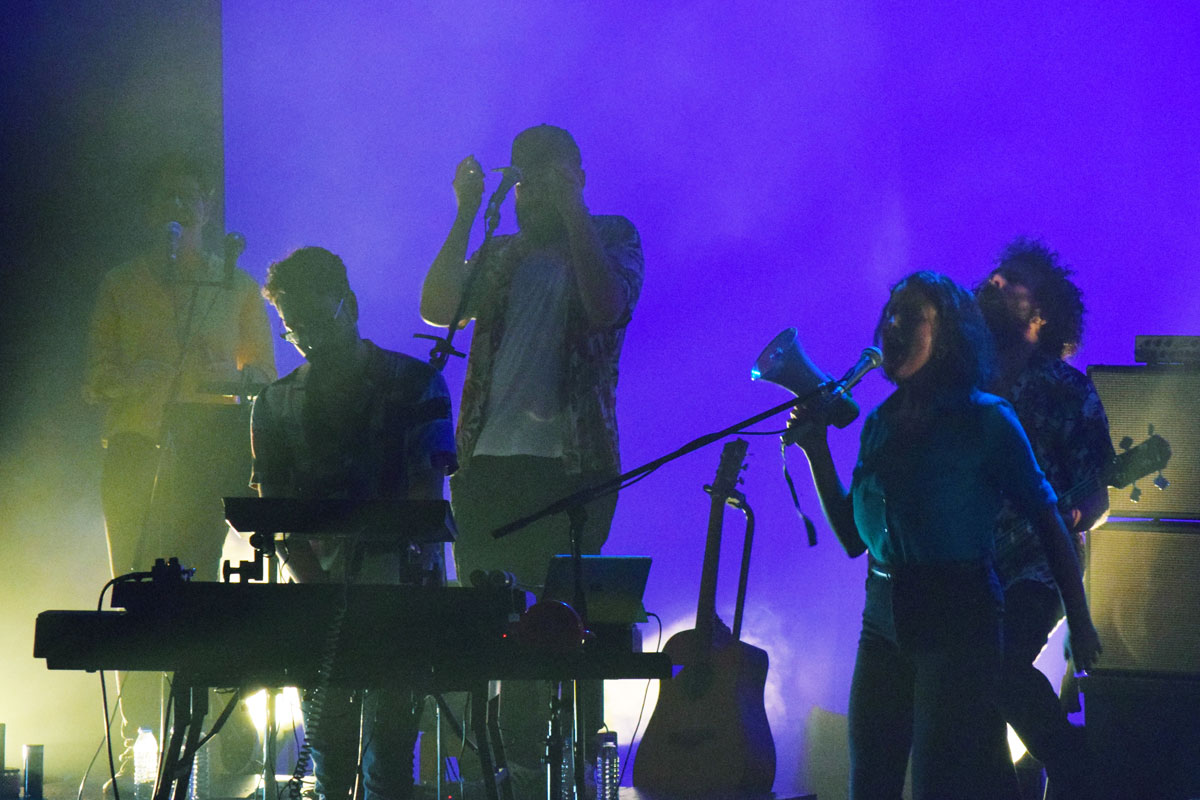 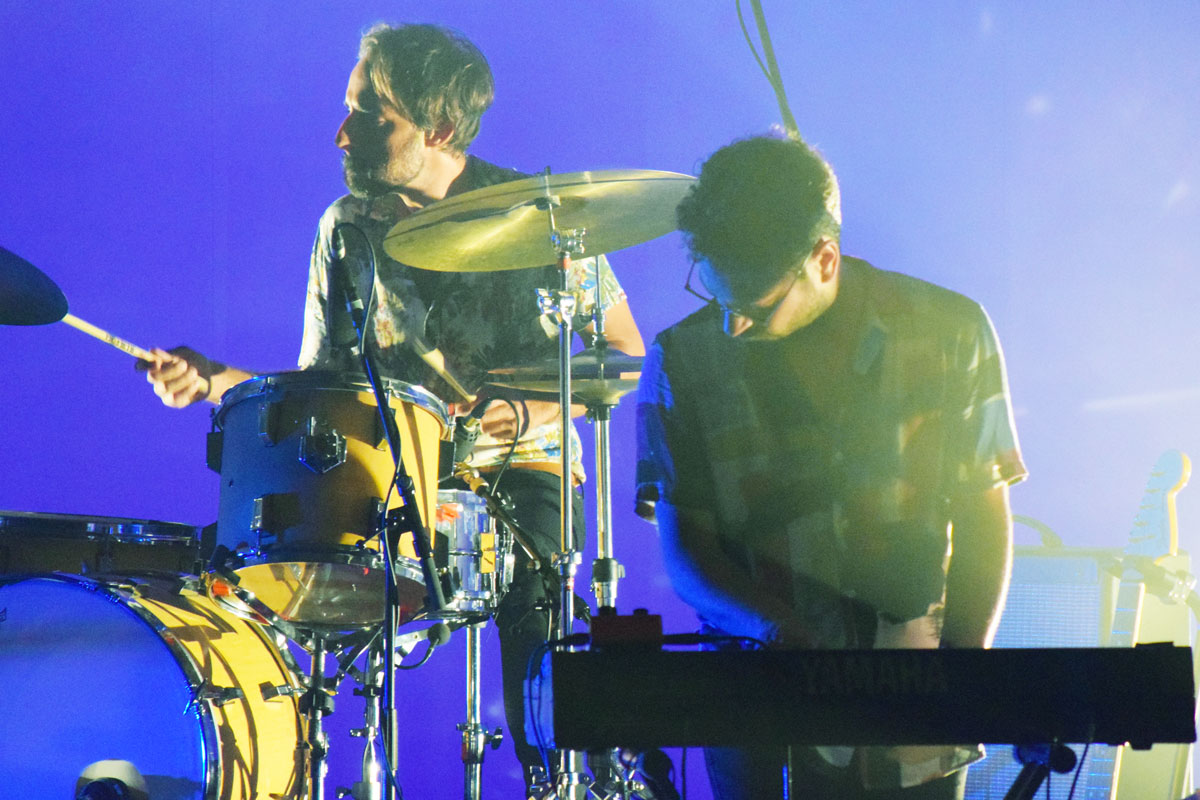 The participation of composer, producer and multi-instrumentalist, Bruno Pernadas, in Musicbox’s Takeover #1 at S. Luiz, could not have been better, in a high-quality concert on a night that the fans present will not forget.

The Portuguese musician with 3 albums released, “How Can We Be Joyful In a World Full of Knowledge” (2014), “Those Who Throw Objects at The Crocodiles Will Be Asked to Retrieve Them” (2016) and “Worst Summer Ever” ( 2016), successfully combines jazz, space-age pop, folk, world music and electronics.

It is with great appreciation that his works have been received by the majority of critics, both national and international, and are increasingly fans who are faithful to his compositions, one of the fans, Salvador Sobral, who was present at the S. Luiz concert, was one of those who applauded the most this young composer.

In a time of pandemic and social detachment, in which many are still afraid to go to shows, this was another concert of a house full of lots of energy and good mood, keeping the rules of safety.

Bruno Pernadas has also worked with other bands such as Minta & The Brook Trout, Real Combo Lisbonense, Suzie’s Velvet, The Sun Ra project (as mentor and arranger) and Mountains of Blue, in the company of Norberto Lobo and Marco Franco and produced “Massana Temples” , the fourth album by the Japanese band Kikagaku Moyo.

He also composed the original music for film, theatre and dance soundtracks, with emphasis on “Romeu e Julieta” (ballet), “A Origem das Espécies” (theatre), “A Toca do Lobo” (film) and “Patrick” (movie).

Finishing the production of the new album, scheduled for 2021, this concert at Musicbox’s Takeover Festival # 1 at S. Luiz marks the end of the cycle of the album “Those Who Throw Objects at The Crocodiles Will Be Asked to Retrieve Them” (2016 ).

Mercedes EQS will have a range of 700 km 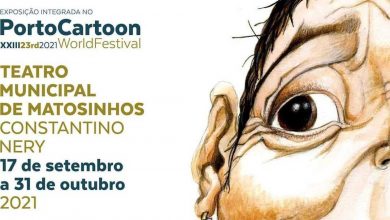