The Bushes opened the World Stage at Rock in Rio Lisboa, on a day when Parque da Bela Vista welcomed back the 80s with open arms with Duran Duran, A-ha, and UB40 and not forgetting the Delfins in a return that was delayed, with the pandemic, why was it worth the wait.

Duran Duran, A-ha, and UB40 were the headliners, with the “young” Bush opening the main stage with an excellent concert. UB40 remembered their many successes on stage and warmed up the stage for A-ha, who with ‘Take On Me‘, had all the fans dancing. The day on the main stage ended with Duran Duran, a day dedicated to those who for a few years, went to see bands from their adolescence.

But the third day was not just the Main Stage, there were many and good, Delfins, a much-announced return, which filled the valley of the Galp Music Valley stage, were moments of great joy and communion with the public, who applauded and sang from the first chord, with the Delfins singing all of their greatest hits.

But other artists were dazzling and surprising, José Cid, Ney Matogrosso, António Zambujo who had to open his concert the Rancho de Cantadores de Aldeia Nova de São Bento, the Cante Alentejo Intangible Cultural Heritage of Humanity by UNESCO, won Rock in Rio.

Omar Suleyman was another of the concerts that won a lot of public in his performance on the Rock Your Street stage, along with Francisco, El Hombre, who with their songs, made the “Street” dance.

Another great day at Rock in Rio.

See all photos from the 25th 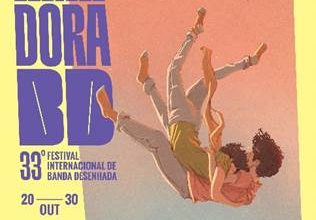