On Fridays and Saturdays, from 10:30 pm, different performances by artists that favor rock, pop, soul, r&b and even several dj sets will be in evidence. It is also reserved for the night of June 11, at 8 pm, a special poster that celebrates the square of Santos Popular. Entrance is free.

It is already next Friday, the 3rd of June, that Phil Kosta assures the musical entertainment at Lounge D. Filipe Ramos, also known as Dj PhillVibe, turned professional in 2000. The invitations did not stop, in Portugal and abroad. Residing in the famous Pacha Rio de Janeiro, he became the 1st Portuguese to play with Dj Antoine. He stands out for his versatility, good taste and vast musical repertoire. Among more than 15 years of experience and success, he has participated in major events.

With a renewed proposal, Casino Estoril hosts DJ S Mix, next Saturday, June 4th, from 10:30 pm. DJ since 2012, S Mix adapts to all musical genres, his preference being sounds based on Deep House.

Casino Estoril invited Jorge Vadio and The Starmen for the night of June 10th. The David Bowie tribute band, led by musician Jorge Vadio, revisits the musical legacy of the “chameleon”, performing his greatest hits, from “Space Oddity”, through “Ziggy Stardust”, to his final masterpiece ” Blackstar”. This multimedia show invites the public to remember all the stages of David Bowie’s career.

In the middle of the month dedicated to Santos Populares, Casino Estoril created a special program for the night of the 11th of June, at 8 pm. The public will be able to attend a very typical festival of this festive season, as well as the performance of the band “Só Dois” that favors Portuguese popular music and also accompany the best sounds of Dj Nuno Costa.

Joaquim Cabral and the Soul Squad will be the protagonists on the 17th of June, at Lounge D at Casino Estoril. The band brings together, on stage, vocalist, bass, guitar, drums and woodwinds, promising news for their debut at Casino Estoril. It will be a concert dedicated to the fusion of Soul, Funk and R&B music.

Tammy Weis “Sings the Great American Songbook” is the suggestion for the 18th of June. Anglo-Canadian singer Tammy Weis and her quartet present a selection of some of the most important classics of the American songbook, revisiting, with a personal approach, composers such as George Gershwin, Cole Porter, Irving Berlin, Jerome Kern, Harold Arlen, Johnny Mercer , Richard Rodgers, among others.

Claudio Cristelo is distinguished by his unique style, playing standing up and bringing the piano to the scene, making him the protagonist of punches, headbutts and caresses on the keys. It stirs the public’s imagination, which is unanimous in stating that the piano is an extension of the pianist. Musician and composer, Claudio Cristelo, who appears with his piano in the middle of the Atacama desert in the commercials for Rock in Rio 2022, has shows in Brazil and around the world on his resume. He is the pianist who animates the VIP areas of Rock in Rio Brazil and Portugal, for 7 editions. The concert “piano rock” is scheduled for the 24th of June.

With an extensive musical career, DJ Fernando returns, on June 25th, at 10:30 pm, to Lounge D. DJ since 1993, Fernando adapts to all music genres, his preference being sounds based on Deep House and House of 80’s hits. 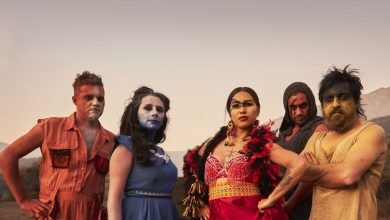 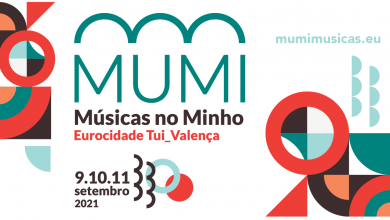 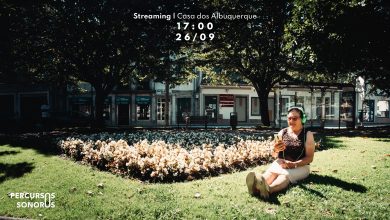