Dança em Diálogos and the Dance NOW! Miami will present, on June 24th, at 9:30 pm, ANUSIM and other ballets in the Black and Silver Room at Casino Estoril. This is a show, not to be missed, with the participation of Ent’Artes.

Dance in Dialogues and the Dance NOW! Miami, mirror the dialogic dynamics of two countries that historically reveal a successive meeting of peoples and consequent multiculturalism in their communities and in artistic creation. In this program, a single original choreographic creation is proposed, although it is developed through two choreographic languages ​​of two different choreographers, thus promoting an innovative dialogue in the panorama of creation projects launched in Portugal.

The ANUSIM ballet – What is hidden is never lost starts from a meeting between two creative impulses, distant in their territory of action, but converging in the search for a common perspective on a theme that reflects the complexity of social relations – in their differences and traits cultural – over several recurring cycles in the history of the human condition.

The program also features two works by the two companies that illustrate well the artistic identity of their repertoires and the vibrant dancers that make up their casts. 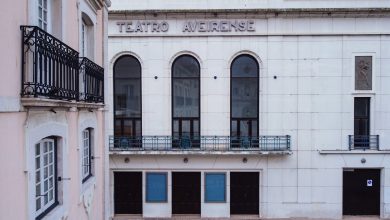