Casino Lisboa, which celebrates 13 years, on the 19th, received “more than 22 million visitors” over this period, which corresponds to around two million a year, Estoril Sol reported today.

“The high affluence of the public – a daily average of around 5 thousand entries – unequivocally reflects the success of Casino Lisboa,” which came about through the reconversion of the Pavilion of the Future of Expo’98.

This year’s celebrations will be performed on the 19th by Orelha Negra, who will perform, with free admission, starting at 10:00 p.m., on the central stage of the Arena Lounge, followed by DJ João Afonso.

The auditorium of the Oceans, one of the valences of the casino in the Parque das Nações, has been broadcast over the course of 13 years, 147 different shows, in a total of 2,561 sessions, attended “more than 1.25 million viewers.”

Last year, this stage received seven productions. The play starring Maria Rueff, ‘Zé Manel Taxista’, was the one with the most sessions recorded (42).

This year, four productions have already taken to the stage, among them the ‘Lusitânia Comedy Club’, which leads the number of sessions this year (11).

The Arena Lounge, the central space of Casino Lisboa, was the scene of musical spectacles and performances of a new circus. Acolheu “more than 650 bands, in addition to the ambient music, Juke Box” and 180 circus artists from various countries.

The Bamba Social & Tiago Nacarato Orchestra was the only one this year at the Arena Lounge, which last year featured ten shows, including concerts by Sérgio Godinho & Capicua and The Gift, which starred in the new year.

The Art Gallery of Casino Lisboa has received 125 exhibitions of contemporary art since 2006. It was inaugurated with a show by the Colombian Fernando Botero.

Last year, seven exhibitions were presented, among them “Raul”, dedicated to the actor Raul Solnado (1929-2009), conceived by Patricia Reis, from the studio 004, and by José Poeira, from UAU show producer.

This year the exhibitions of painting ‘Paths II – Variations’ by José Cardoso and ‘Outros Mundos II’ by Sílvia Zang have already been held.

Jovic reveals what failed in the Light: "I made some mistakes and played little" 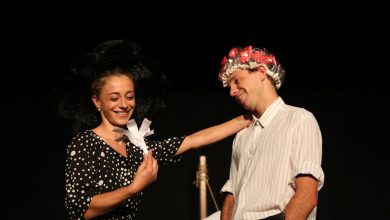 ‘Teatro do Noroeste’ at TMJB with show for the whole family 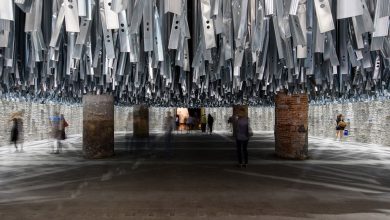