From December 8th to January 8th, the Coliseu Porto Ageas Christmas Circus reinvents itself again with the best artists and live music, to show, before our eyes, the most fantastic circus arts.

Our more playful side is joined by the musical direction of the composer Ramón Galarza, the artistic direction of the clown Rui Paixão, the illusionism direction of the magician Mário Daniel and a cast of talented circus artists from different nationalities, such as Portugal, Brazil, Costa Rica, France, Poland and Russia, and which present absolute debut numbers.

In a setting of great visual impact, reminiscent of a video game or a cyberpunk desert, and which could be the children’s version of “Mad Max”, this year the Circo is inspired by the unfinished fable “Os Gigantes da Montanha”, by Luigi Pirandello. Let’s imagine with the audience how the end of this story would have been, which follows a circus company fleeing the city, after several failed shows. Lost in the middle of the desert, they find a group of “unlucky people” who live isolated there, as they believe it is the only way to make their art and beliefs exist.

With the Company without a destination and the “lucky ones” curious, they propose to celebrate together with music, dance, magic, fire, juggling, clown, hair suspension, rolla bolla, pins, diabolo, cyr wheel and even a wheel of death. This is how the Circus Party will be. 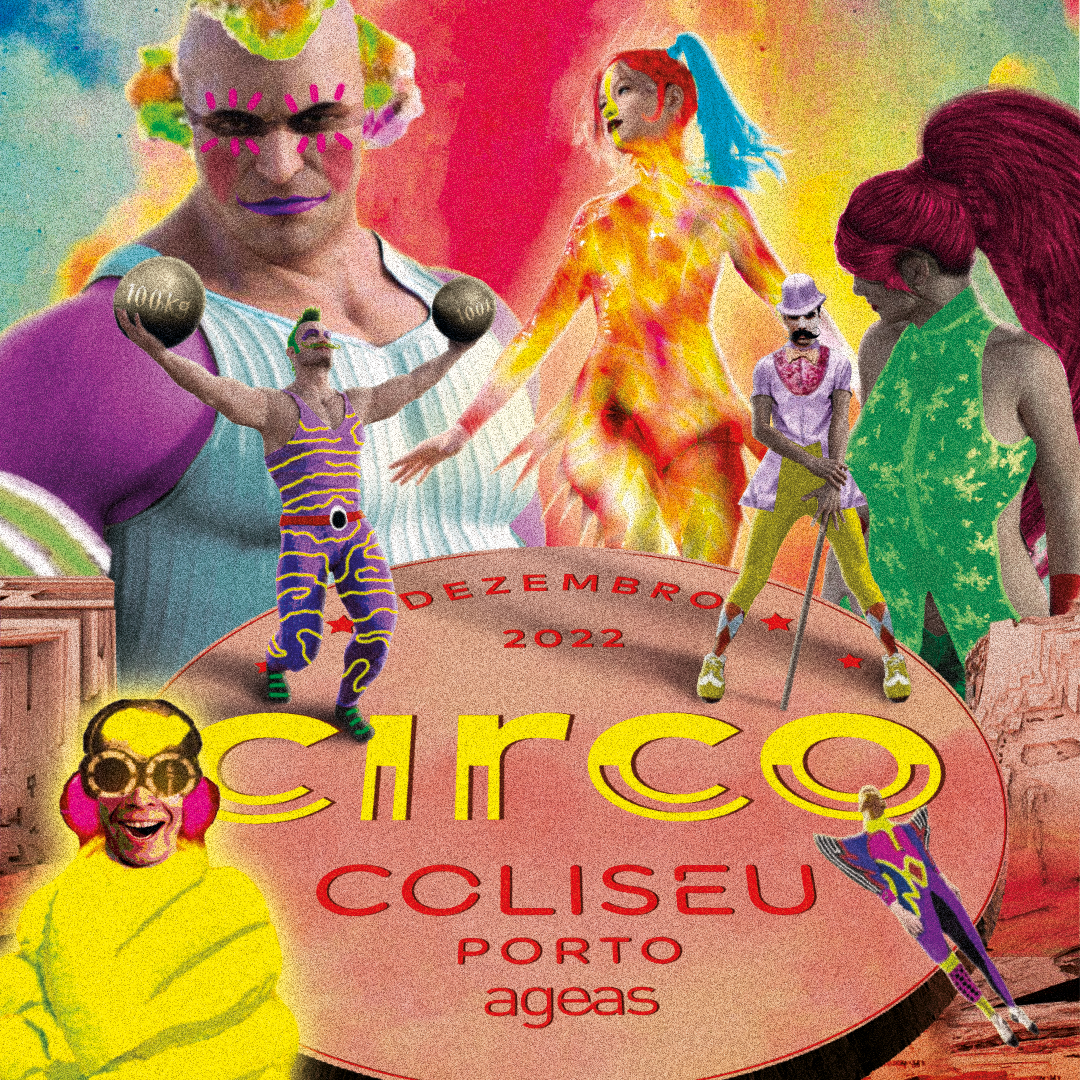 Rui Paixão, the first Portuguese to join Cirque du Soleil as an original creator, takes on the challenge of being the artistic director of Circo de Natal do Coliseu 2022 and, at the same time, presents himself on the track with a new extravagant character. This time, Rui Paixão will embody a clown who really wants to be a villain.

This year, the fantastic universe created by the Circo do Coliseu show has a protagonist: a magician, who tells the audience the whole story. This magician will be played by Paulo Azevedo, an actor born in Coimbra, in 1981, without hands or legs, and who now adds another milestone to his career, by joining a circus show in Portugal, at the invitation of the Coliseu.

Daniel Gonçalves will be the show’s clown. After being part of the Tim Burton film “Dumbo”, having worked with the Russian company Slava Snow Show and with Circus Roncalli, the Portuguese artist will make us laugh with his failed illusionist tricks, when, in fact, , has real magic when no one is looking. Throughout the show, there will be moments of illusionism, with the signature of the magician Mário Daniel, a reference to magic at national and international levels.

For the first time, Coliseum opened auditions to find hidden talents. 112 artists and two days of casting later, three artists were selected. Daniel Gonçalves, our clown, and Carolina Vasconcelos and Emilia Parol. In the show, they will be “As Gémeas”, inspired by the classic imagery of the circus, where uncommon phenomena (such as Siamese twins) were one of the great attractions.

From France, the Luso-French Nico Pires brings diabolo. Whether at Disney, Cirque du Soleil, at the Got Talent Portugal final or now live at the Coliseu, Nico has only one goal: to show all types of audiences the countless possibilities that an apparently simple instrument can create.

Born in the former Soviet Union in 1980 and living in Portugal since 2004, Dmitry Alexandrov is a virtuoso in manipulating shapes. He brings the experience and charisma of the many places where he has already been: from the Cirque Dreams company (part of the Cirque du Soleil group) to Filipe La Féria’s production company, his work has already been seen in such iconic places as the American Dolby Theater, where takes place the Oscar ceremony, the Kremlin and the Palace of Versailles.

From Brazil arrive Alan Secades, Roda Cyr, and Priscila Fernandes, with a capillary suspension number capable of making the public’s hair stand on end. With pins in hand will be Mau Jara, a Costa Rican master of balance and movement.

In constant balance will also be the Portuguese Pedro Matias, who will show what Rolla-Bolla is all about. For the demanding final act, one of the riskiest circus acts is reserved, known as the Wheel of Death. Nothing can scare Trupe Peres, which specializes in high-risk performances and trains daily to raise the heart rate of young and old alike.

One of the great characteristics of Luigi Pirandello’s universe is the idea of ​​theatre within the theatre. In this show, which is inspired by one of his fables, theatre and dance students from Balleteatro, the artistic structure in residence at the Coliseum, will take the helm of the stage machine for the entire show, in an artistic and fun way. Invisible within the story, they will cause sandstorms, manipulate giant worms and make fireflies of green light dance. We played “make-believe” with the freedom and richness of the movements choreographed by Rina Marques, brightened by unique scenography and costumes. 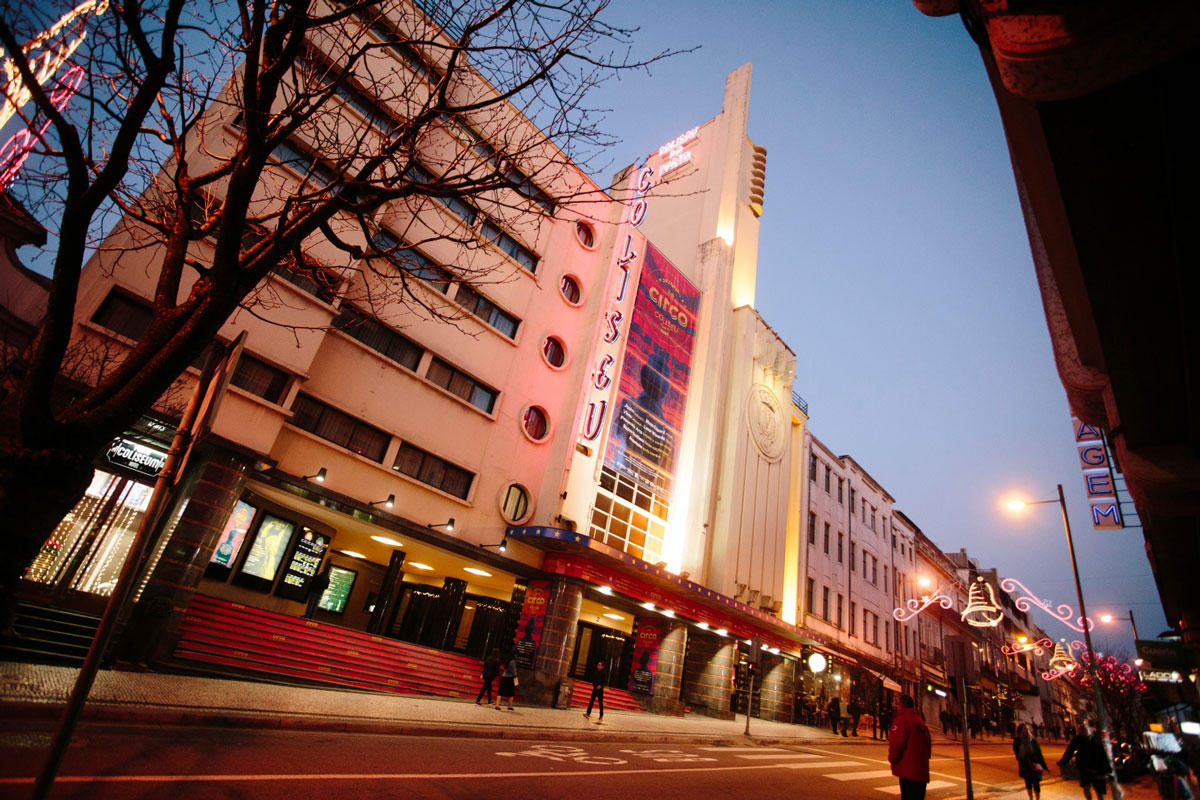 For the third consecutive year, Circo de Natal will have live music in all sessions. This time, Coliseu challenged composer Ramón Galarza to direct the soundtrack and create new arrangements for the album “A Festa do Circo”, which he recorded and edited 35 years ago for Chapitô. With songs by Sérgio Godinho, Nino Rota, Rão Kyao or António Victorino d’Almeida, among many others, “A Festa do Circo” is the title of an album directed and recorded in 1987 by Ramón Galarza for Chapitô, one of the most important circus institutions in Portugal.

35 years later, the cycle is completed with this tribute to Chapitô, recalling his decisive intervention in the training of so many circus professionals in our country, performing this musical work live, with musicians Diogo Santos, Moisés Fernandes, Ryoko Imai, Paulo Gravato, Daniel Dias, Luís Oliveira, Bernardo Fesch, David Sousa and Tiago Santos.

Designed for all ages, Circo de Natal 2022 talks, in a fun and uncompromising way, about the search for a place of belonging. A place of freedom where, regardless of differences, what we are or what we want to be, we conquer a voice and a community. It is a hymn to art, free artistic expression and culture as an essential asset for the construction of this place.

In the end, does the company decide to stay in the desert or continue looking for the way to the city? We reveal this and more from December 8th to January 8th. Consult the dates and times at www.coliseu.pt and discover an uninterrupted tradition since 1941, which is increasingly renewed.

Tickets, on sale at the Coliseum, Ticketline and the usual places, cost between €9 and €19. Children up to 3 years old have a 75% discount. Children and students have a 50% discount, and families with more than three members have a 25% discount. Friends of the Coliseum and Porto Card holders. enjoy a 20% discount.

Continuing its “Coliseu + Inclusive” project, with the objective of promoting physical, social and intellectual access to all audiences, for the first time all Circus sessions, at any time of the career, will be Relaxed Sessions*. A Comfort Room is available – a space of tranquillity for spectators of all ages (and a companion) who are feeling anxious or need a moment of calm. Equipped with resting furniture, noise mufflers and sensory stimulation objects, the Comfort Room can be used for decompression (and returning to participate in the show) and also for breastfeeding.

In order to improve accessibility for spectators with limited mobility, the deaf, blind or people with low vision, there will also be sessions with Audio Descriptions and sessions with Portuguese Sign Language for the first time.

Sessions with Audio Description (service for the blind and people with very low vision):

Spectators will be able to purchase a ticket (online or at the physical ticket office) for the Disabled Mobility and Deaf sector, with a 50% discount applicable to 1 + 1 ticket (for a companion).

* What is a Relaxed Session

The Relaxed Sessions are inclusive theatre, dance, cinema or other types of cultural activities that adapt to all people and families who prefer or benefit from a more relaxed environment: people with attention deficit, intellectual disability, spectrum conditions autistic, sensory or communication disorders, as well as families with young children. 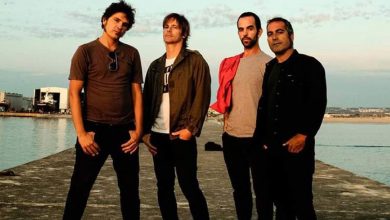 Musica da Casa continues over the weekend with Dapunksportif