The Portuguese civil society must demand from the government’s concrete actions to protect natural heritage such as seahorses of the Ria Formosa, defended today in Lisbon the co-founder and international director of the organization Project Seahorse.

“If enough people begin to make it clear that issues of protection of biodiversity and marine habitats are important issues, we need to be aware of the fact that, who can win or lose votes, politicians will pay attention, “Amanda Vincent, a professor at the Canadian University of British Columbia who founded Heather Koldewey in 1996 the organization dedicated to protecting seahorses and biodiversity in the oceans .

Just over a decade ago the Ria Formosa in the Algarve had the distinction of containing the largest concentration of seahorses in the world, but today this population has already suffered a significant reduction and its future is “truly in danger”, illegal fishing with trawl-nets targeting seahorses, a recent phenomenon detected around two years ago, also told Miguel Correia, a researcher at the University of Algarve and a representative of Project Seahorse in Portugal.

Recent estimates put the current population of the two species of seahorses present in the Ria Formosa at around 100,000, against a population estimated in 2001 of about two million individuals.

Despite the reservations about using the word ‘extinction’, the investigator affirms that, if the current pressure of illegal fishing is maintained and if this pressure is not eliminated, the risk of extinction of seahorses in the Ria Formosa is “real” and underlines that “this is happening inside a natural park”.

Amanda Vincent says that “it is strange to think about discussing with the Portuguese authorities issues such as the illegal fishing of seahorses. It is a situation that would be considered normal in Vietnam or Thailand or the Philippines, where there is a history of these problems and where there are communities dependent on these activities, which is not the case in Ria Formosa. ”

“Portugal is supposed to be able to apply the legislation it has created. That is what is lacking in this case and that is what civil society has to ‘charge’ the rulers,” he says, noting that “seahorses are a symbol, they are a species The failure to protect these species is a reflection of failure on a broader scale. It is the protection of the oceans in a global way that is at stake. ”

The director of Project Seahorse stresses that “the legal framework of the Ria Formosa natural park is very well structured, as in other Portuguese marine protected areas, but the effective application of this legal framework is lacking, in most cases protection is in the role”.

“It’s a bit like a father who creates a series of well-intentioned rules for raising children but then does not enforce them or enforce them, and the result is widespread disrespect,” says Amanda Vincent.

Seabirds caught in the Ria Formosa have already been seized in Malaga, Spain, where they would enter the global illegal trade in seahorses to supply the traditional Eastern medicine market, which attributes them aphrodisiac and sexual tonic properties, where they are usually traded dry to prices per gram that are almost at the level of silver or gold.

“In the case of the Ria Formosa we are talking about a small number of people who make easy profit from this illegal fishing, we are not talking about a widespread practice of the fishing community or communities that have become economically dependent on these practices, so the problem “said Miguel Correia, insisting on the urgent action of local, regional and national officials.

Trade in dry seahorses has become illegal since in 2002 several species, including those living in the Ria Formosa, are now included in the Convention on International Trade in Endangered Species of Wild Fauna and Flora (CITES).

Project Seahorse signed in Lisbon on Tuesday with the Belgian chocolate manufacturer Guylian an agreement to renew financial support of 100,000 euros per year which, because it has no associated prerequisites, has allowed the organization to guarantee independence in the initiatives it develops. 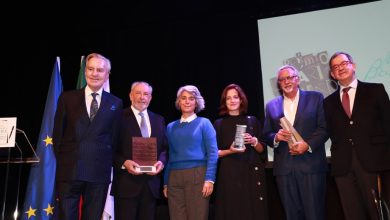