Nearly 40 vendors from Portugal, Spain and France are expected at the 19th edition of the Conventual and Traditional Confectionery Fair of Portalegre, which will run from 05 to 07 April, announced the promoters today.

Known in times as the ‘city of the seven convents’, Portalegre has a vast number of recipes for confectionery recipes from remote origins that are kept in the “seven keys” by the sweet shops.

After a series of editions at the Convento de São Bernardo, the fair returns this year to the recently reclassified Convent of Santa Clara, in an initiative of the municipality, with the support of the Association of Producers for the Valorization and Qualification of Portuguese Traditional Products (QUALIFICA).

“This year, the fair will be held in the Convent of Santa Clara, which has been refurbished, is very beautiful and we decided to return to this emblematic convent,” said the mayor of Portalegre, Adelaide Teixeira, in statements.

In addition to sweets and liqueurs, the program also offers “hands-on mass” ateliers, aimed at children, and there is also another play space dedicated to children, while parents visit the fair.

“This year we will also return to a ‘sweet, cultural and literary circuit’ since we are celebrating the 50th anniversary of the death of the poet José Régio. This circuit leaves José Régio House Museum and ends at the candy fair, points of interest where the poet ended up being, from the Central Cafe to the Pension 21, “he said.

An exhibition of old trays and the traditional contests of sweets and liqueurs are other attractions of the fair.

“We are also going to promote a gastronomic fortnight between April 1st and 14th, and a challenge has been launched in the city’s restaurants to introduce traditional and conventual sweets to their menus in order to publicize this unique heritage that is from Portalegre and the country, “he added.

The animation is also guaranteed during the three days of the fair, through local groups and the Cultural Association Dances With History, which will present a show with 16th-century dances.

“Portalegre is once again the capital of sweet, with quality, since we can not forget that this contest is made with QUALIFICA. The selection of products and producers is made by this association and, for this reason, this is the only fair of the kind that is qualified at the national level, “he said.

The price of tickets at the fair will be one euro, and visitors with this ticket can also enter the museums of that city Alentejo.

“It can also happen the opposite, that is, buy a ticket in museums and have access to the fair with that ticket. The price of the ticket is one euro and reverts in favour of some entities,” he said.

The Conventual and Traditional Confectionery Fair can be tasted with various sweets, such as nun’s bellies, parsnips, sky fights, fidalgos, egg-moles, egg-nuts, Portalegre egg and almond sweets, pastels from Belém and of Tentúgal, Lamprey of Almond, fartes, queijinhos of the sky and cornucopias, among others. 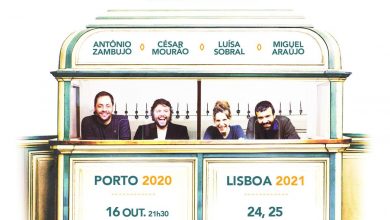 OutSystems technology is already taught at more than 60 universities