The Valmor Prize for Architecture 2017 was awarded today to the architect Aires Mateus, for the headquarters building of EDP, and the architect Carrilho da Graça, for the cruise terminal, announced the Lisbon City Council, responsible for the distinction.

The headquarters of EDP was conceived as “a building that wanted to build a city, which wanted to dialogue with the city,” told Manuel Aires Mateus and considered it an “important distinction“.

The cruise terminal building was designed by João Luís Carrilho da Graça as well as functionality, “from the point of view of the city and the people“, a concern materialized in the urban park and the coverage designed to be an “accessible public space.”

In addition to the two prizes, four honourable mentions were awarded: the rehabilitation of the Santa Catarina palace, the architect Maria Teresa Magalhães Nunes da Ponte, the Lisbon Stone Block Building, the architect Alberto Souza Oliveira, the extension of a housing building in Alfama, of the architect Pedro Gameiro, and the requalification of Santos Square and adjacent roads, a work of the Chamber conceived by the atelier 92 Architects, by João Almeida and Luís Torgal, with the landscape architect Victor Beiramar Diniz.

“What is very interesting in the Valmor awards is that it is a prize given to the author and the promoter,” said Aires Mateus, who conceived the headquarters of EDP, where 750 people work as a “transparent and perpendicular building between the hill and the River“.

It is a “building that wants to create the first shady square of the city“, also constituting “an airing space of D. Luis Street“.

“It is a tradition that comes from the Bairro Alto, which was clearly developed in the Enlightenment city, with the Baixa, where everything is perpendicular to the river, exactly to privilege this relationship between the city and the river. always consecrated and transformed it, on a scale with another dimension, “he explained.

Carrilho da Graça faced the “rather delicate site” that is the riverside front in Alfama and proposed a “dialogue between that space, which is like a kind of amphitheatre in the building, concave, and the great amphitheatre that is Alfama to look at the river“.

“From the outset, I thought the terminal could have an impeccable functional program – it already had a premium for its functionality – but, being part of the city, I always wanted to think about it from the point of view of the city and the people who live and visit “, told the architect.

This concern materialized through the urban park planted along the river, which was designed with the landscape architect João Gomes da Silva, and also by the visit to the terminal’s roof, from where one can see Alfama and the sea of the Straw.

Innovation in materials was a product of circumstances.

Carrilho da Graça imagined that the building would have “a certain density, as it were, in addition to being built, carved“, and for that purpose thought that the facades would be concrete, but the engineers informed him that the system of foundations, pre-existing to the contest, was at the limit of the support capacity.

From this, concrete was born with cork, developed with the support of SECIM, of Amorim, and of the engineering laboratory of Coimbra ITECons, which has “less 40% of density and is a structural concrete with great capacity of resistance“.

This is the fourth Valmor assigned to Carrilho a Graça and the third assigned to Aires Mateus.

Aires Mateus had already received the Valmor Prize in 2002 for the building of the rectory of the New University of Lisbon, in co-authorship, and in 2013, also a co-author, for the coverage of the Alcântara WWTP, and Carrilho da Graça received the distinction in 1998, by the Pavilion of Knowledge, as well as in 2008 by the Superior School of Music, and in 2010 for the project to alter a housing building on the sidewalk of the Combro.

The Valmor award is annual, but there was “a delay between 2013 and 2016,” which is now “being recovered,” the official source said. 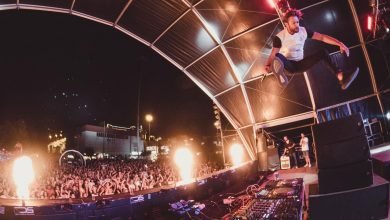 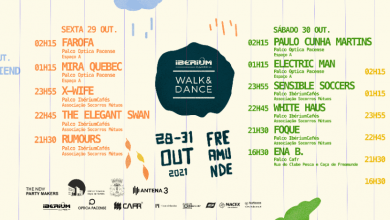