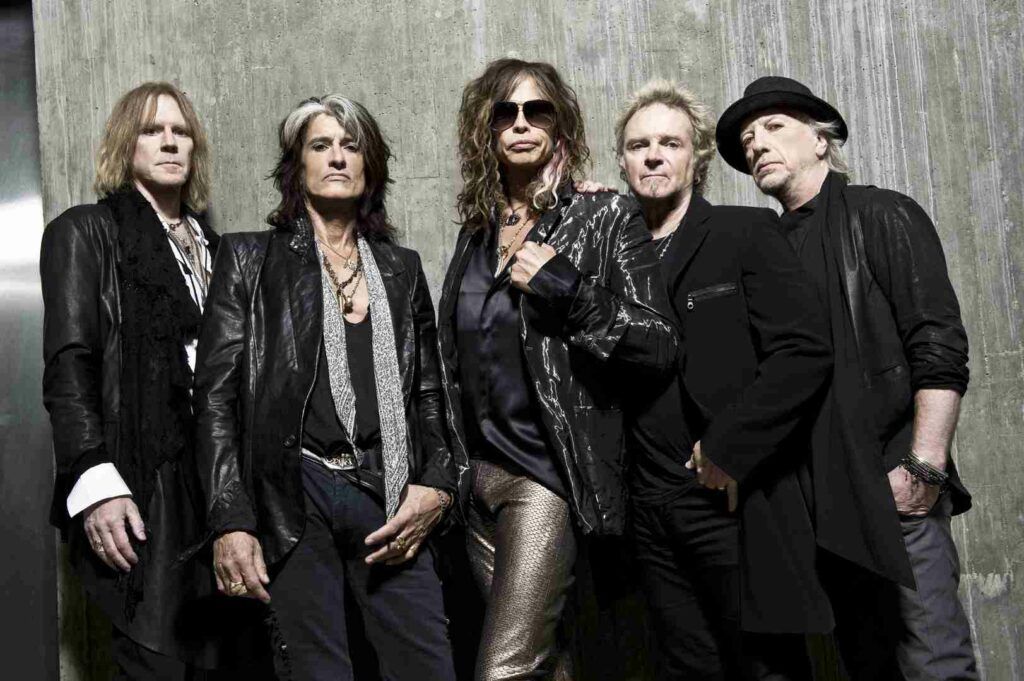 The unique and incredible Aerosmith, formed by Steven Tyler (vocals), Joe Perry (guitar), Brad Whitford (guitar), Tom Hamilton (bass), and Joey Kramer (drums) are a living piece in the history of American music. With more than 150 million albums sold worldwide, numerous awards, and presence in the Rock and Roll Hall of Fame, there is not much that this band has not achieved in five decades since its formation.

With numerous awards in their luggage, including four Grammy Awards, eight American Music Awards, six Billboard Awards and 12 MTV Video Music Awards, they crossed all gender boundaries with the Run-DMCl remix of “Walk This Way“, which earned them a Soul Train Award for Best Rap Single. Together with dozens of multi-platinum albums, the band continues to inspire generations to this day, making them one of the most loved bands of all time.

Aerosmith’s influence on rock and the music industry is undeniable. The band has made major achievements in the charts and album sales over the course of their career, including being second on the Singles # 1 list on the Mainstream Rock Tracks chart, with nine hits. In addition, they were the only rock band to enter # 1 on the Billboard Hot 100 chart, with the release of the theme “I Don’t Want to Miss a Thing“. Also note that they are the American group with the most Gold Albums and more certificates (gold and platinum).