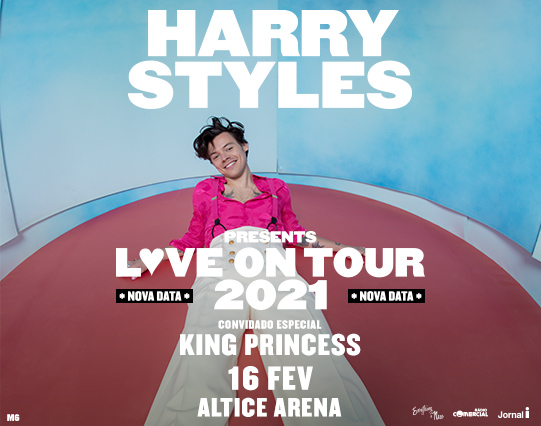 The sold-out concert of Harry Styles on February 16, 2021, will be postponed.

The new album “Fine Line”, released in December 2019, is now available. It is also possible to purchase the disc on the artist’s website, in CD, vinyl and a special edition that includes a 32-page book with exclusive behind-the-scenes photos of the entire recording process. The album features the new single “Lights Up”, which has already accumulated over 100 million views and streamings worldwide.

The world tour “Love On Tour”, which has as its motto the presentation of the new album Fine Line, has its passage confirmed by Portugal, on February 16, 2021, at Altice Arena, in Lisbon. Next to Harry at European concerts is pop star King Princess.