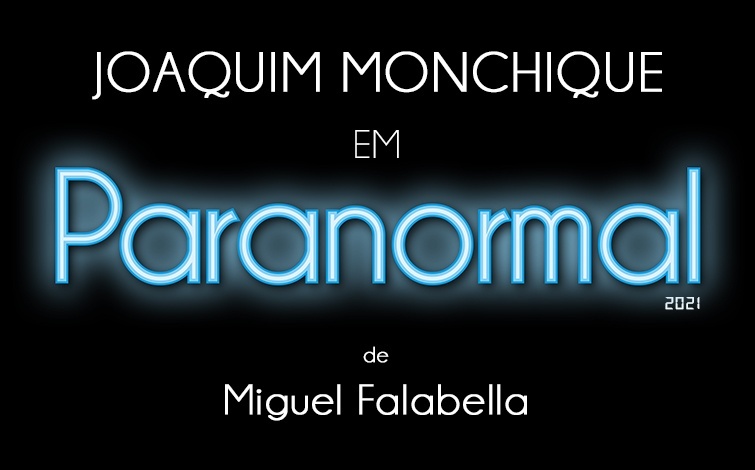 From 07 January to 21 February

In PARANORMAL 2021, Joaquim Monchique invites you to be part of a collective spiritist session, where he embodies 16 different characters, in the most viewed monologue in the history of Portuguese theater, having recorded more than 200 performances and 100 thousand spectators, in the great return of a of the biggest comedy hits of recent years, here in a new version.

Professor Adamastor, the greatest figure of the paranormal, also known as the Satellite of the Ale, has the gift of absorbing the energy of those around him and embodying people who have long disappeared from their lives. It proceeds with an intense flow of energy, and through a cosmic explosion, it loses control of the connections and as characters start to overlap in catadupa when trying to get in contact with each other. The result is a hilarious supernatural journey where Joaquim Monchique stands out in a delirious and action-packed show man.