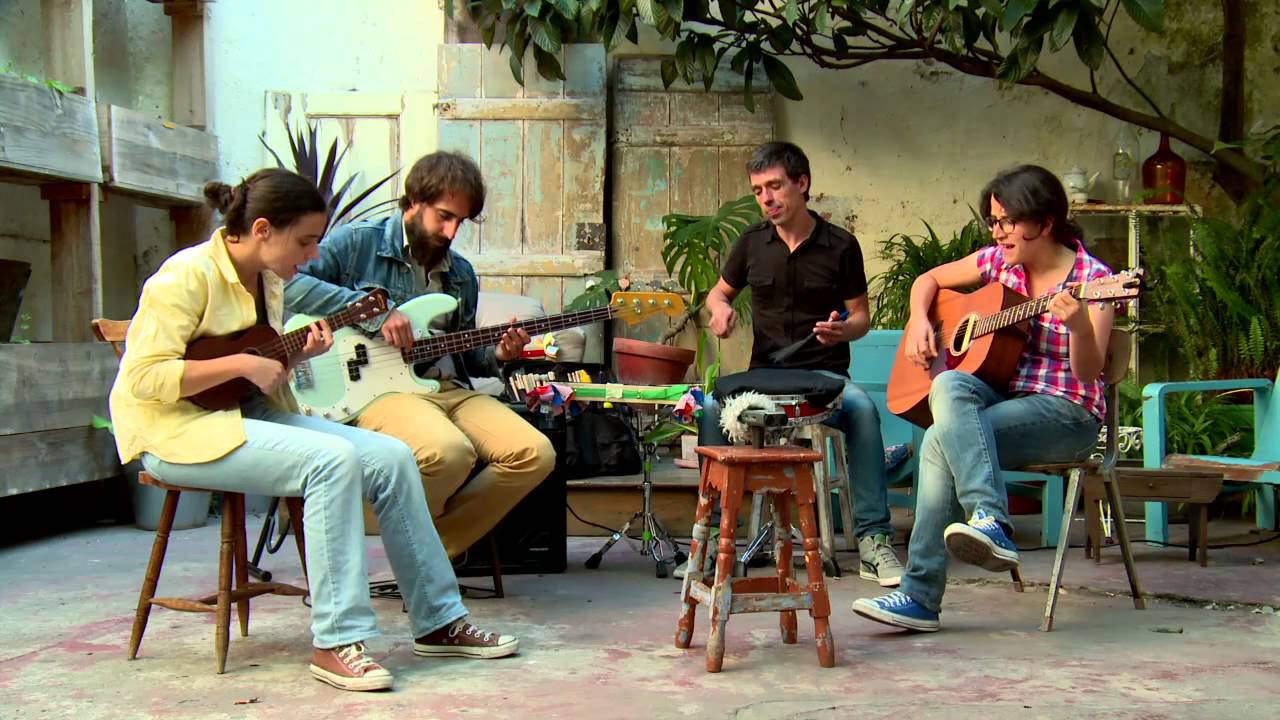 They’re Heading West edited their first work in October 2015 for Pataca Discos. It can be said without much exaggeration that it took four years to be done. The time of thirty concerts in Lisbon, in collaboration with many other guests, and two tours in North America. The time to choose songs from the three songwriters of the band and to receive them in the common repertoire. From rehearsals to four and rehearsals with each of the guests at the monthly Lisbon sessions (now at Casa Independente, before at Barraca), finding arrangements for the songs to share live. From the recording in the state of Washington, with Nicholas Wilbur at The Unknown, in Anacortes, and in Lisbon, with Eduardo Vinhas, at 15A.

They’re Heading West are Mariana Ricardo (Minta & The Brook Trout, Silence is a Boy, Domingo no Quarto), Sérgio Nascimento (Deolinda, Sérgio Godinho, Humans), Francisca Cortesão (Minta & The Brook Trout) and João Correia (Tape Junk and Julie & The Carjackers). Four voices, ukulele, mini drums, guitar and bass, to fit easily in the trunk of any car. Three singers and an extremely versatile drummer. They play each other’s songs and those of those who join them with joy. Head west whenever you can.
Among the guests from past sessions and the homonymous album are Ana Bacalhau, Capicua, Frankie Chavez, JP Simões, Peixe, Bruno Pernadas, Nuno Prata, Luísa Sobral, Samuel Úria and You Can’t Win, Charlie Brown.