FC Porto ensured its presence in the final of the National 1st Division of roller hockey, after beating Benfica this Thursday by 4-0 in the fifth and decisive game of the semi-finals of the competition’s play-offs.

After having lost the first two matches against the reds, both at Dragão Arena, the blues and whites also won at Luz and now closed the qualification with a resounding victory. Benedetto e Rafa scored in the first half, Gonçalo Alves and again Benedetto established the result in the complementary stage.

The dragons, who are looking for the 24th title of national champion (may overtake Benfica in the winners’ list, will now face Sporting in the final. The first game is scheduled for Sunday, again at Dragão Arena. 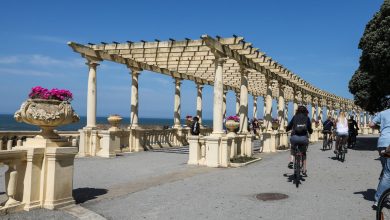