FC Porto triumphed 3-2 in Portimão with a goal after the break, signed by the Spanish central

FC Porto climbed to heaven to descend to hell and, at 90 + 7, with one man less, ascend to paradise again.

A phrase that translates a game in which the dragons were authoritarian until the passage of 60 minutes, then winning with goals from Alex Telles (penalty) and Zé Luís.

Half an hour into the match, the match featured two dark appearances, first from Dener and then from right-back Anzai – a missile to see and revise – that boiled the windward Algarve.

Jackson Martínez could have been happy towards the end, but Alex Telles fouled in time to avoid a putative goal from the host emblem, to eventually Marcano return the smile to the blues and whites … through a triumphant header.

On an afternoon of great excitement, it is now important to know who shone in the south of the country and who is in danger of getting a tremendous tug of ears.

a concert select
22 hours ago 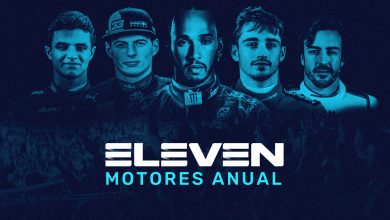