FEST – New Filmmakers Festival Novo Cinema kicks off on October 4th in Espinho and the poster is already closed and, until October 11th, it will also receive Tetsuo Nagata, director of photography for “La Vie en Rose”.

After nearly two years of pandemic, and after a significantly more limited edition than usual, in 2021 FEST returns with a desire to get closer to its normal format, once again promoting a broad and eclectic format at Centro Multimeios de Espinho. professional activities program.

Among the professionals who this year will share their experience with those enrolled in the program are also Catalan filmmaker Isabel Coixet, German film consultant based in Portugal Dörte Schneider and British sound editor Eddy Joseph.

There will also be masterclasses dedicated to virtual film production — led by Nancy Xu, producer at Epic Games, and Johannes Wilkes, executive producer at Glassbox Technologies — and sessions focused on acting and the relationship between actor and director, led by Nancy Bishop, director casting, and Caprice Crawford, appointed acting manager.

All this training will take place in parallel with the competitive component of FEST, which involves more than 240 films of recent production, for a transversal look at the works of emerging filmmakers of today and a wide selection of works produced in Portugal.

The poster also includes a retrospective of the work of Isabel Coixet, as well as the preview of the first two episodes of “Capitães do Açúcar”, a series directed by Ricardo Leite from Espinho and scheduled to premiere soon on RTP. 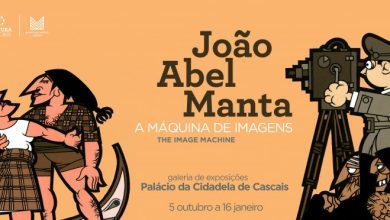