See the galleries and get to know the artists who performed at the Palco Super Bock Arena at the SBSR.FM Em Sintonia

The festival offered 3 different stages. The main stage, Palco Super Bock (Arena), opened with the band Ganso at 6 pm, followed by the group Conjunto Cuca Monga, at 7:15 pm, Chico da Tina at 8:30 pm, and Profjam & Benji Prince who closed the first day of the festival, at 9:30 pm. On the 18th Afonso Cabral performed at 6 pm, followed by B Fachada at 7:15 pm, Papillon at 8:15 pm, and the band Capitão Fausto that ended the festival.

After taking the country in blast in 2015 with “Costela Ofendida”, and cementing this work in 2017 with “Pá Pá Pá”, GANSO returned in 2019 with a new record release.

“Não te Aborreças” and “Os Meus Vizinhos”  were the first advances in this new stage. “Não Tarda”, the second long-duration of Lisbon’s alternative rock quintet, was again produced at Cuca Monga studios, in Alvalade. This new record shows a greater maturity in the composition process of the young band, moving away from the torn riffs that marked the two previous works and leaving space for a more contemplative approach, based on more relaxed cadences and more complex environments.

In preparation for the release of the new album, the band joined Reis da República to present “EQUINÓCIO”, a joint national tour that passed through twelve cities between April and June 2019.

In the solitary confinement, a particular creative process took place that remotely brought together 20 musicians and collaborators from Cuca Monga (with members of Capitão Fausto, Ganso, Luís Severo, Rapaz Ego, Zarco, among others).

This process resulted in less than two months and in the most natural and spontaneous way, ten songs, which make up “Cuca Vida“, an album signed by Conjunto Cuca Monga. Because it started as a joke, which remained unpretentious throughout the confinement, the album “Cuca Vida” has a little bit of everything in genre, aesthetics and lexicon.

At the same time, “Cuca Vida” is an album that shows the friendship, laughter and freedom with which it was forged, and perhaps that is the theme of the album: it does not talk about being closed – on the contrary – it is open and free.

Chico da Tina, also known as “Francisco da Concertina”, is a meta-ironic proposal that consists of a trap subverted to the language and customs of the Minho universe. However, in addition to this aesthetic “bonding” between two universes that at first sight could be opposed, there is a lyrical audacity that is intended to be affirmed by the challenge to the politically correct and the limits of language, which lately have been narrowing.

With impressive numbers on YouTube, the natural musician from Viana do Castelo already has an EP, “Trapalhadas“, with five tracks capable of opening the appetite for his universe, and a disc, “Minho Trapstar“, a record with songs full of critical and caricatural lyrics that, together with their image, create an unprecedented combination of trap, concertina and regional slang, uniting tradition and modernity like few others.

“SYSTEM“, the album that results from the inevitable breathtaking encounter of ProfJam and Benji Price, is a test of faith: in the power of writing, in the ability to fit, in the strength of a vision. And that vision has a name: Think Music.

“Badman ting” had already left the warning: the firepower concentrated in this pair is considerable. Benji was, not so discreetly as that, affirming the originality of his posture and his writing on various loose themes that caused a stir on the internet, such a difference. And ProfJam is a portent, of course. The platinum awards that Think Music decorates the walls of its headquarters are trophies of a singular journey that saw the MC become one of the biggest phenomena of the national rap scene, with themes like “Água de Coco” and “À Vontade”, which add up almost 20 million views on YouTube.

It was inevitable that the two pillars of Think Music would end up joining forces on a project. “System” is the result of observations about life and success, about the game that both continue to want to kill, about the future and pleasures, about self-knowledge.

Best known for his work as the lead singer of You Can’t Win, Charlie Brown, Afonso Cabral revealed in 2019 his first album in his own name and in Portuguese. A usual element of the band that accompanies Bruno Pernadas on stage, he debuted in the writing of solo songs with the theme “Perto”, performed by Cristina Branco. He wrote with Francisca Cortesão (Minta & The Brook Trout) the song “Anda Estragar-me Os Planos” for the Song Festival – a theme that would be the target of a new version by Salvador Sobral and, later, by Tim Bernardes.

At the end of last year, the musician took to the stage of the Centro Cultural de Belém, in Lisbon, the formation of 14 elements that recorded “Morada” and took the opportunity to record this concert in a recently edited EP. “Ao Vivo no CCB” includes a new song, a version of a Luís Severo theme, and a duet with Francisca Cortesão. At the invitation of Antena 1, he revisited the theme “Ai Mouraria” in the tribute album to Amália Rodrigues, “Com Que Voz”.

B Fachada writes songs that show signs of being received as social science, but the reverse is also true. He has many descendants, but it is more than the sum of those he has already influenced. In Portuguese popular music of the 21st century, there is no other figure like B Fachada, the artistic name of Bernardo Fachada, composer, multi-instrumentalist, producer.

It is notable for its amazing, and to some extent ruthless, editing rhythm, through which it frequently subverts the canon and converts dogmatics, shuffles expectations, scratches labels, breaks open … Between physical and digital formats, it released five EPs, three mini albums, and six long-lasting records.

His impact tests the limits of what, in this domain, is understood as cultural production. Between 2009 and 2012, he was also part of the band Diabo na Cruz, with which he traveled from country to country. Fachada is interested in questioning conventions in its own tone, in its own time, in its own terms. And that is what also happens in the recent “Rapazes e Raposas“, synthesis of a unique path in Portuguese music.

Papillon is the artistic name of Rui Pereira, one of the great values ​​of new Portuguese music. With his participation in the Knock Out League and the growth of the GROGNation group (two mixtapes, two EPs and the album “Nada é Por Acaso”), Papillon has emerged as one of the best rappers of the new generation. And the year 2018 marked the true metamorphosis, when Rui Pereira left the cocoon and released his first album as a solo artist.

Joining Slow J and Sente Isto, Papillon flapped his wings and released “Deepak Looper“, an autobiographical tale that explores the roots and scars of the artist of Mem Martins. Since then, the stages have become his home and the public has surrendered to Papillon, who surprised him in his visits to the main national stages. During 2019, Papillon and his band (composed by Vasco Ruivo, Luís Logrado, and X Acto) continued to bring “Deepak Looper” to the ears of all admirers of authentic music. And more recent themes like “Sweet Spot” (Feat. Murta) or “Iminente” (Feat. Plutonio) prove that the musician is in great shape.

The description is simple: “we are a band from Lisbon”. And this simplicity in the description is also evident in the music. Captain Fausto makes songs that disarm us, so authentic and genuine.

The story of Tomás, Salvador, Francisco, Manuel and Domingos has its first chapter in 2011 with the album “Gazela” – there we can find the urgency of youth songs, the irresistible pop hymns that are sung and that they know little by little. In 2014, the second album, “Pesar o Sol”, arrives, which confirms the best expectations and serves as a motto for several memorable concerts in large and small festivals, in clubs, in theaters and all over the country. The third album appeared in 2016, with the name “Capitão Fausto Têm os Dias Contados” and is undoubtedly one of the best Portuguese albums of the last long years. There are just over 30 minutes of music and words in pop mode, filled with exquisiteness and refinement, and that tell the life stories of each member of the band.

Praise comes from everywhere, the criticism has surrendered and raised the voice of a generation – “Amanhã Tou Melhor” was one of the most sung choruses in our country since then. However, in December 2017, Capitão Fausto were in São Paulo, Brazil, preparing the fourth album of originals. Recorded at Red Bull Studios São Paulo by Rodrigo “Funai” Costa, assisted by Alejandra Luciani and Fernando Ianni, it was produced and mixed in Alvalade by the band itself.

The mastering was in charge of Brian Lucey at the Magic Garden Mastering in Los Angeles. Passionate about Cartola, Capitão Fausto went to Brazil aiming to reinvent themselves. “Sempre Bem” was the first breakthrough for “A Invenção do Dia Claro”, the most recent album by Capitão Fausto. This is an album with a São Paulo flavor, a tropical and luminous register that promises to conquer the Portuguese public. “Amor, a Nossa Vida” and “Boa Memória” are some of the new themes that confirm Captain Fausto as one of the best Portuguese bands today.

Portuguese co-production is Palestine’s candidate for the Oscars 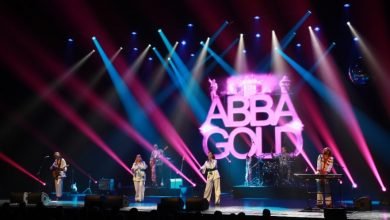