The film ‘Pedro and Inês‘ by António Ferreira, based on a novel by Rosa Lobato de Faria, is being debuted today in more than 40 Portuguese cinemas.

Diogo Amaral and Joana de Verona are the protagonists of this feature film, inspired by the legend of Pedro and Inês and the novel ‘The Braid of Inês’ by Rosa Lobato de Faria.

The narrative of the film takes place in three distinct temporal moments – in medieval times, in the present and in the future – and in all of them the characters Pedro and Inês appear, always interpreted by the same actors.

“There are three stories in three different times, each with a beginning, middle and end, but telling one another,” with scenes in the past, present and future to succeed and “fill the other stories, “said António Ferreira, director of Coimbra living in Brazil.

Although they are three distinct stories, “it feels like it’s all one,” he summed up.

‘Embargo’, about a story by José Saramago, and ‘Forget Everything I Told You’ are the two previous fiction films by António Ferreira, also author of the short film ‘Breathe – Under Water’.

Among the projects of António Ferreira are also the documentary “Humans – Life in Variations” and “Posfácio in Confecções Canhão”, and the staging of “Bitter Tears of Petra von Kant” by Rainer Werner Fassbinder, for Theater National D. Maria II.

Before arriving in the Portuguese cinemas, ‘Pedro and Inês’ had a world premiere in August in competition at the Montreal Film Festival in Canada.

For February 2019, the film is scheduled to premiere in Brazil, with the team taking on the goal of internationalizing the story of Pedro and Inês, the ‘Portuguese Romeo and Juliet’.

Sing in the fall / winter? It is with the collection 'My Intimate' 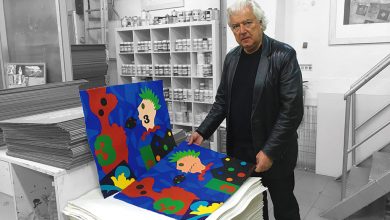