The Brazilian Gabriel Medina was crowned, this Tuesday, three-time world champion, by beating compatriot Filipe Toledo, in Trestles, United States, at the WSL Finals, which defined the 2021 champion of the World Tour, organized by the WSL.

It is said that the race was stopped because a shark was sighted, but after a period of searching the security teams gave the green light to the restart of the duel between the Brazilians.

Medina achieved the title for the first time in 2014, won the bi-championship in 2018 and now earns three, in a year marked by controversy at the Tokyo Olympic Games (placed 4th), which involved the decision of five referees in the semi-final that the Brazilian ended up losing to the Japanese Kanoa Igarashi.

Viseu hosts major concerts, shows and installations in the “Eixo Cultural A25” project 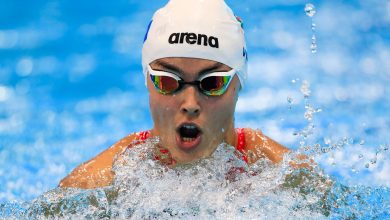