Box includes 97 songs, 63 of which are previously unreleased audio and video recordings, a 100-page book with never-before-seen photographs, and various collectible documents. 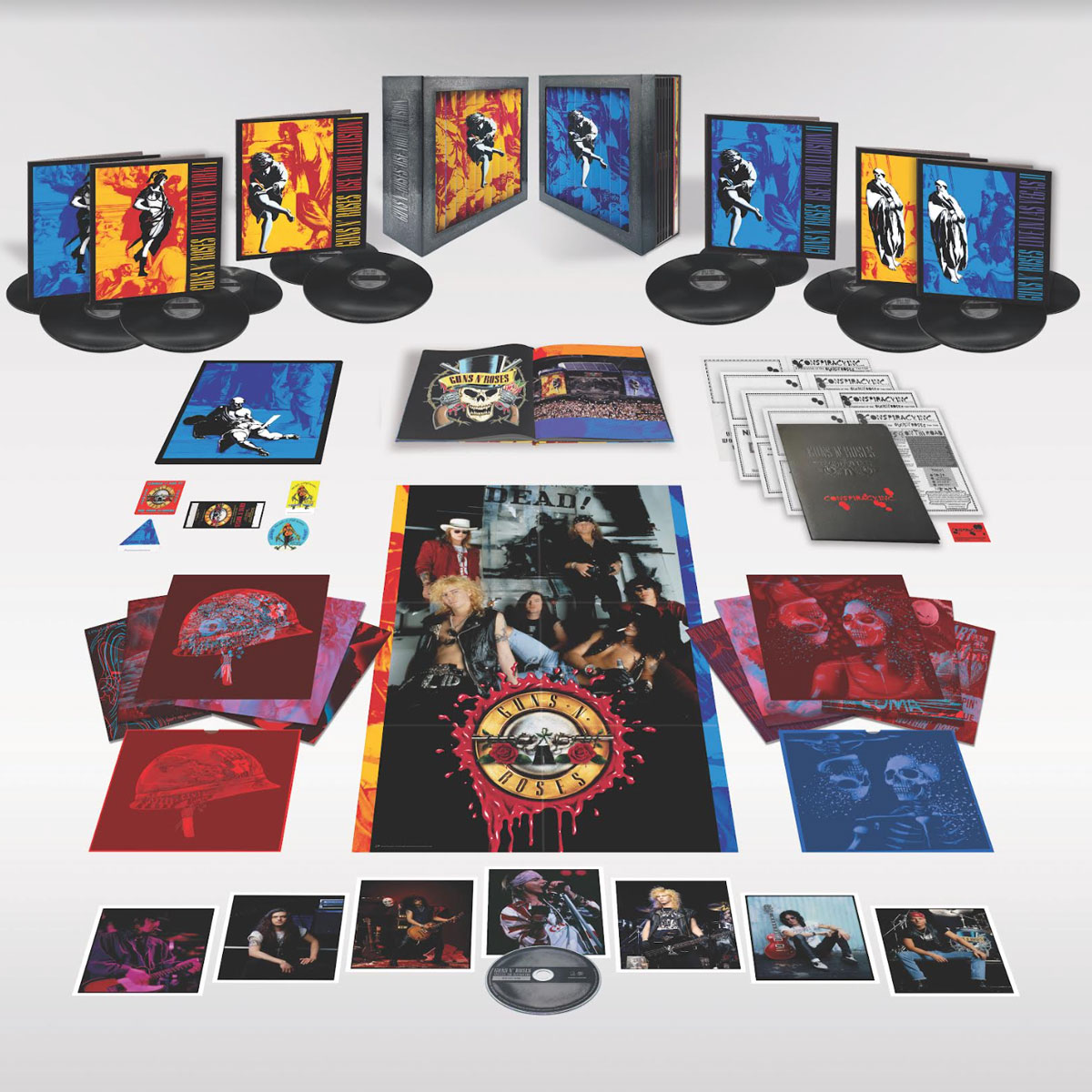 Use Your Illusion I includes an incredible version of Paul McCartney’s Live and Let Die, the hit Don’t Cry, which NPR described as “one of the best hard rock ballads”, the 1990s anthem November Rain, which reached third on the Billboard Hot 100, having spent a total of 30 weeks on the chart, and holds the title of the first video of the 1990s to reach 1 billion views on YouTube – now approaching 2,000. millions of views. November Rain will now include a 50-piece orchestra, having been recently recorded, directed, and arranged in 2021 by Grammy®-winning, Emmy-nominated composer Christopher Lennertz.

Use Your Illusion II includes the single You Could Be Mine, Civil War, which reached #4 on Billboard’s Mainstream Rock Airplay chart, Bob Dylan’s Knocking On Heaven’s Door, plus an alternate version of Don’t Cry with different lyrics.

Meanwhile, you can listen here to the new version of You Could Be Mine recorded live in New York at the Ritz Theater on May 16, 1991.