Fado is like the transmission of thoughts, a therapy for the soul. It lives from poetry, metaphors, expression, and the way it all applies. It’s the way I find to say everything I say, it becomes more difficult. “But I make my soul sing, and souls know how to listen to me” …

“In this concert on November 19 at the CCB’s Grand Auditorium, I will sing everything (or almost everything) that I don’t usually sing. sung live, and some songs, completely original, that are part of a new challenge. Will I have guests? Yes, at least two. A guest who doesn’t sing, but delights with the art of saying poetry like no one else and another who is definitely one of the most important living references that fado fortunately still has.”

Interpreter, composer, and poet, with a deep knowledge of the secrets, codes, and mysteries of Fado, Helder Moutinho has more than twenty years of a career devoted to the heritage he received from his relatives and from the great masters who crossed paths in his life, thus making it a Cult Fado singer. A heritage that cherishes, preserves, and amplifies for an increasingly contemporary fado.

Helder Moutinho is currently completing his new album, which should be released in early 2022. In this show, in addition to a retrospective of his career, he will preview some songs that will be part of the new work, which is on the way. be developed with the poet João Monge.

The cycle Há Fado no Cais is a co-production of the Fado Museum and the CCB.

"One of a Kind" is the new single from The Weatherman 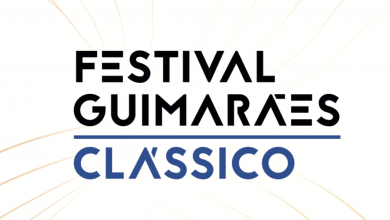 From August 18th to 21st, the Festival Guimarães Classico will promote chamber music