One week before the start of the Portuguese Grand Prix of Formula 1, ELEVEN is preparing the arrival of the big day, with the transmission of 3 Historical Grand Prix of Portugal, held at the Autodromo do Estoril in 1984, 1985 and 1996, which will be commented , in Portuguese, by Óscar Góis and João Carlos Costa, who will have some special guests in the F1 ELEVEN program.

After 24 years of absence, Formula 1 returns to Portugal, on the 23rd to 25th of October, at the Autódromo Internacional do Algarve, in Portimão, which enters the F1 World Cup calendar for the first time. But while the engines do not accelerate in Portimão, it is time to review and relive 3 Historic F1 Grand Prix events that took place in Portugal, at the Estoril Autodrome.

These grand prizes, which took place in 1984, 1985 and 1996, will be broadcasted today on ELEVEN’s channel 3, with comments in Portuguese by Óscar Góis and João Carlos Costa, who will have the presence of some special guests in the studio in F1 ELEVEN.

Special guest: Eduardo Freitas, FIA race director who at the time was a commissioner at the Portuguese GP.

It was the last GP of the 1984 season and the first Portuguese GP in Estoril. Alain Prost won the race and Niki Lauda was crowned world champion, with 2nd place in Portugal, with Nigel Mansell making a top with 18 laps to go.

Ayrton Senna’s first victory as a Formula 1 driver, behind a John 98 Special Team Lotus Lotus 98T, in the rain. It was the second Grand Prix of this season, in which Alain Prost was the world champion

The 1996 Grand Prix of Portugal was the last to take place in Portugal, at the Estoril Circuit, where the Portuguese Pedro Lamy Minardi took part in a Minardi-Ford. The winner of the race was Jacques Villeneuve, from Williams,

It is now possible to buy a Tesla with Bitcoin 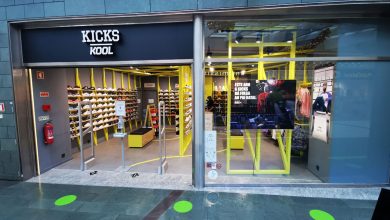