‘Peregrinação’ by João Botelho is the Portuguese representative on the vast list of 87 pre-candidates for the gold statue.

In all, there are 87 films from 87 different countries trying to appear on the list of five finalists.

João Botelho’s “Pilgrimage” is the Portuguese candidate in search of something unprecedented in international cinema: to be among the five foreign films that the Hollywood Academy will vote for. Also noteworthy for the only other candidate of Portuguese language, the Brazilian film ‘The Great Circus Mystic’, by Carlos Diegues.

The winner of the previous edition in this category was the Chilean ‘Uma Mulher Fantástica’, by Sebastián Lelio.

The finalists of the 91st edition of the Oscars will be announced on January 22, 2019. The awards ceremony is scheduled for February 24.

Keep the list of the 87 foreign pre-candidates, as well as the respective directors and countries they represent.

South Africa, ‘Sew the Winter to My Skin’ by Jahmil X.T. Qubeka

Algeria, Yasmine Chouikh’s ‘Until the End of Time’

Argentina, ‘The Angel’, by Luis Ortega

Bangladesh, ‘No Bed of Roses’ by Mostofa Sarwar Farooki

Bosnia and Herzegovina, ‘Never Leave Me’, by Aida Begić

Cambodia, ‘Graves without a Name’, by Rithy Panh

Chile, ‘… And Suddenly the Dawn’, by Silvio Caiozzi

Denmark, ‘The Guilty’, by Gustav Möller

Ecuador, ‘A Son of Man’, by Jamaicanoproblem

Slovakia, ‘The Interpreter’, by Martin Šulík

Estonia, ‘Take It or Leave It’, by Liina Trishkina-Vanhatalo

Yemen, ’10 Days before the Wedding ‘by Amr Gamal, director.

Indonesia, ‘Marlina the Murderer in Four Acts’, by Mouly Surya

Iran, ‘No Date, No Signature’, by Vahid Jalilvand

Kosovo, ‘The Marriage’, by Blerta Zeqiri

Latvia, ‘To Be Continued’ by Ivars Seleckis

Malawi, ‘The Road to Sunrise’ by Shemu Joyah

Norway, ‘What Will People Say’, by Iram Haq

Panama, ‘Ruben Blades Is Not My Name’, by Abner Benaim

Paraguay, ‘The Heiresses’, by Marcelo Martinessi

PORTUGAL, ‘Pilgrimage’ (‘Pilgrimage’, in the original title), by João Botelho

United Kingdom, ‘I Am Not a Witch’, Rungano Nyoni

Romania, ‘I Do Not Care If We Go Down in History as Barbarians’, by Radu Jude

Tunisia, Beauty and the Dogs by Kaouther Ben Hania

Paris celebrates "day dedicated to Portugal", promoted by the community 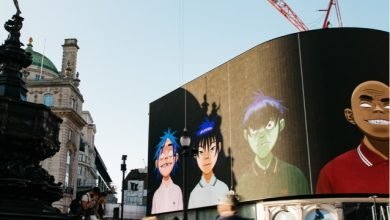