After Lisbon, Inês de Vasconcellos presents her debut album “Amplexo” in Spain in the Canary Islands in two unique concerts.

Two unmissable concerts, inserted in the e that mark the presentation and internationalization of this first album.

AMPLEXO, Produced by Ricardo Cruz (responsible for the production of dozens of hugely successful albums in the careers of António Zambujo, Ana Moura or Cristina Branco) and edited by Museu do Fado Discos, this album has 11 original themes of lyrical and musical wealth unusual. In Amplexo, Inês de Vasconcellos gives voice to the words of authors such as Vasco Graça Moura, Maria do Rosário Pedreira, Capicua or Fernando Pinto do Amaral (among others) and compositions by masters such as Mário Pacheco, Tiago Machado, Ricardo Cruz and Edu Mundo. In addition to these, the album also has the collaboration of key authors such as Rogério Charraz, Valter Rolo and Flávio Gil. It should also be noted that Inês de Vasconcellos herself wrote the lyrics for Olhar and the music for Fado do despair.

Amplexo is an enveloping embrace of the Fado universe in its various nuances, but where the various influences that Inês received throughout her musical career also fit.

Inês de Vasconcellos is undoubtedly an artist “out of the box”, who breaks barriers and breaks taboos. This debut album of hers transports us to what is most ethereal and aesthetic in music, without losing contact with the deepest roots of Fado. 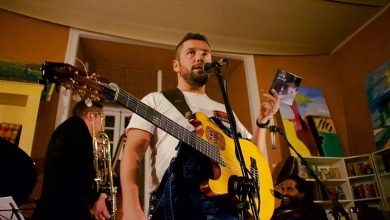 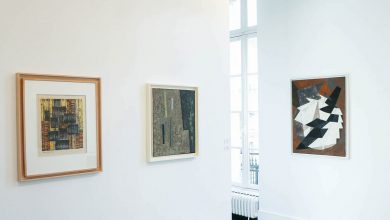