The team of Juntos Pá Comédia decided this year to make a Special Christmas edition in their impromptu comedy shows where the best Christmas Stories ever lived and the true Christmas Tales that were never released to the world will be born, all from the ideas unimaginable of the Public.

The time for low-dynamic shows, when the audience was just assistance, is already over. Now what counts is the interaction and the joint creation between actors and the public. This is the proposal of Juntos Pá Comédia, an improvised comedy that takes to the stage of Portugal for many collective laughter!

The union of Paulo Branco and Leandro Domingos is not new: in March 2019, the largest Auditorium in Valpaços already sold out, in January 2020 they filled the Casino Estoril Auditorium two days in a row and many other rooms have already received and applauded standing up, mostly in the west of the country. The number of fans increased and so did the popularity of the show; now, it’s time to present it in a grand way in the various concert halls in the country and islands. 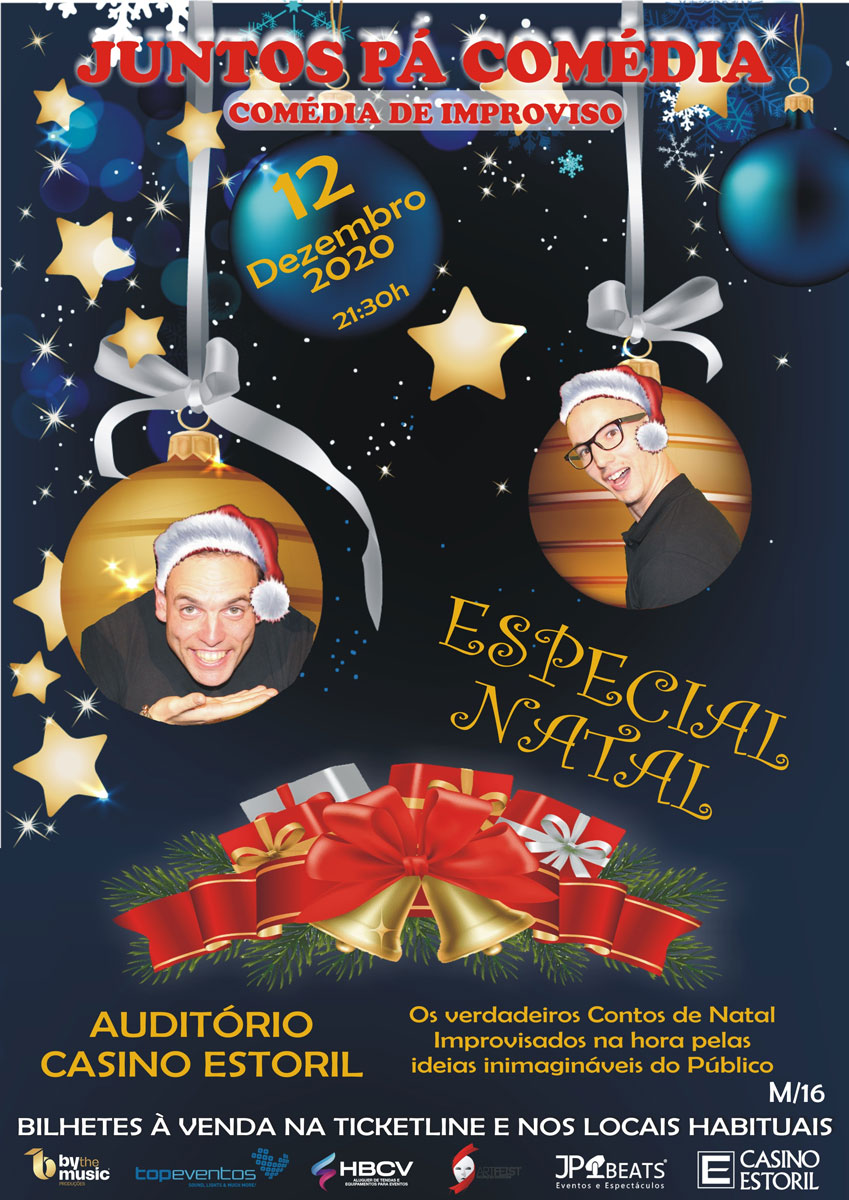 If you think this is just another comedy show, keep reading: “Juntos Pá Comédia” is an improv comedy, yes, but everything is created at the moment by the actors, through the suggestions given by the public. For about 90 minutes, the show unfolds as a collective creation of actors and audience and, of course, there will be plenty of room for improvisation, surprises, and unforeseen events! You can suggest jokes about your mother-in-law, that annoying neighbor of yours, or even that football team that you can’t stand… The limit is really your imagination and the themes you love – or hate.

The show is based on improvised games controlled by the Game Master, who ensures that the actors obey the imposed rules. In addition, it is also this Master who ensures that all suggestions given by the audience (characters, locations, emotions, professions, phrases, among other things) are used as raw material for the jokes of this evening. As for you, your task is just to think of the jokes you would most like to hear and the most elaborate and fun suggestions you can give.

These concerts are part of a premise launched by the producer By the Music productions in partnership with JPBeats, “Keeping the Culture Alive”, allowing artists and technicians to continue their work safely.