The project LISBOA AO PALCO at Quinta da Alfarrobeira, an initiative of the Lisbon City Council, EGEAC with the Parish Council of São Domingos de Benfica, and Sons em Transito with Tejo Music Lab, started on September 11 and runs until 4 October, counting 10 nights and 20 concerts, with two artists per night in a program with the signature of the musician and producer Diogo Clemente.

Last Sunday was the last day of Lisboa ao Palco with Elisa Rodrigues and Pedro Abrunhosa.

Elisa Rodrigues has a great passion for music, and especially jazz, and started her musical studies in 1994 when she joined the Pequenos Cantores do Estoril Choir, participating in numerous national and international concerts and festivals.

She recorded her first work in 2011 alongside Júlio Resende, entitled Heart Mouth Dialogues, an innocent jazz album that changed her life, and since then she has worked as a singer and songwriter. In 2018 she released her first solo album “As Blue As Red“, produced by Luísa Sobral and where she is the lyricist and composer of most of the themes.

Elisa Rodrigues distinguishes herself from all other singers by her vocal tone and because she gives herself, body and soul, to each theme she interprets, even those who are not her own, playing with words and making those who hear her feel in another dimension.

The concert on stage at Lisboa ao Palco focused not only on Elisa but also on the guitarist Feodor Bivol with songs that both artists have played together, such as “In And Around You”, “Little Heart” with the composition made by Joana Espadinha,“You Don’t Know What Love Is”, “Sweetest Taboo”, “Vai Não Vai”, “God Only Knows” with the special guest Irma, “Não Voltes Mais” song she sang at the Festival da Canção 2020, and “Just Start a Fire” that will be part of her next album.

Composer, author, songwriter, producer, editor, poet, musician, Pedro Abrunhosa has a long career and has not stopped yet, he has formed bands, played in orchestras, left on tours around the world, founded the schools of Jazz and the Sound Machine.

He published “Viagens” in 1994, giving rise to an unprecedented phenomenon in Portugal, which now has a total of seven records of originals, all written and composed by him, “Viagens”, “Tempo”, “Silêncio”, “Momento”, “Luz”, “Longe”, “Contramão” and “Espiritual”, the last three accompanied by the group Comité Caviar.

With a solid career based on success, Pedro Abrunhosa has accumulated platinum records and numerous awards, such as three Golden Globes, Bordallo Press Prize, four Blitz Awards and the Gold Medal of Cultural Merit by the Autarchy of Gaia, he is also the owner of the studio recording studio BoomStudios, where he produced his last two record works and where works by some of the biggest national and international names are currently produced.

Pedro‘s concert at Lisboa ao Palco started with a minute of silence for all the people who died during this pandemic and as a sign of strength and hope for all of us.

The singer has a wide range of songs that we all know and, accompanied by the group Comité Caviar and a choir composed by the fantastics Patrícia Antunes and Patrícia Silveira, sang songs like  “Tempestade”, “Momento”, “Balada da Gisberta” song dedicated to Gisberta, a transgender woman who was murdered in Porto in 2006, “Não Vás Embora Hoje” which he sang with Elisa Rodrigues, “Fazer O Que Ainda Não Foi Feito” and “Não Desistas de Mim”.

The cycle was an initiative of CM Lisboa and EGEAC, with the support of the São Domingos de Benfica Parish Council, produced by Sons em Trânsito and Tejo Music Lab, with the aim of signaling this return to the stage as well as celebrating the richness and diversity of Portuguese music. Diogo Clemente was in charge of programming. 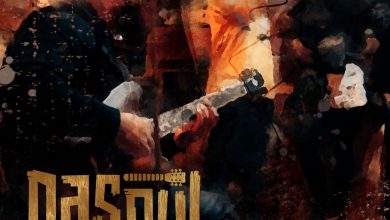 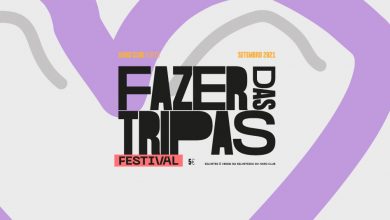