An hour north of Lisbon, Leiria is a university town down the slope from its medieval castle. Kings John I and Denis I lived here and turned it from a tough fortress into a luxurious palace. King John also made his mark close by at the Batalha Monastery, a UNESCO site and vital piece of Portuguese heritage.
Around Leiria, you’ll pass time in animated city squares and historic churches, browsing museums dedicated to the old printing and glassmaking trades. When the mercury rises in summer the coast with its generous sandy beaches and cool Atlantic air is just a short, scenic drive to the west.

Few medieval castles have been adapted into palaces as well as the majestic Leiria Castle, and it’s among the most distinguished in the country.
There were three building phases, each giving the castle a different look and role.
The initial construction was during the re-conquest of Portugal from the Moors under its first King Afonso Henriques.
Later there were Gothic extensions under Kings Denis I (14th century) and John I (15th century) adding a graceful palace connecting to the keep as a home for royalty.
One of many delightful elements here is the loggia, completed in the early 15th century by King John.

Within the castle walls is a museum of the moving image, founded in 1996 in the former stables.
That date isn’t random as it marked a century of movies in Portugal.
The museum was set up to preserve and display recording, editing, and presentation equipment from all periods: Movie buffs will be keen on the vintage cameras, lights, and projectors, as well as more primitive gear like the zoetropes.
There are also pianos from silent movie theatres, antique cinema ticket machines, vintage reel canisters and some interactive games for children.

This attraction is now a century old and was moved around a number of venues in the city before recently finding a permanent home in the defunct Convent of Santo Agostinho.
The exhibition is ordered chronologically and the prehistoric displays are particularly riveting; there are fossils discovered in Guimarota of 150 million-year-old animals, and the Menino do Lapedo, the remains of a child from the Upper Palaeolithic found in the Lapedo Valley.
There are also Iron Age ceramics, artifacts from the Roman city of Collipo and religious art from dissolved convents and churches. 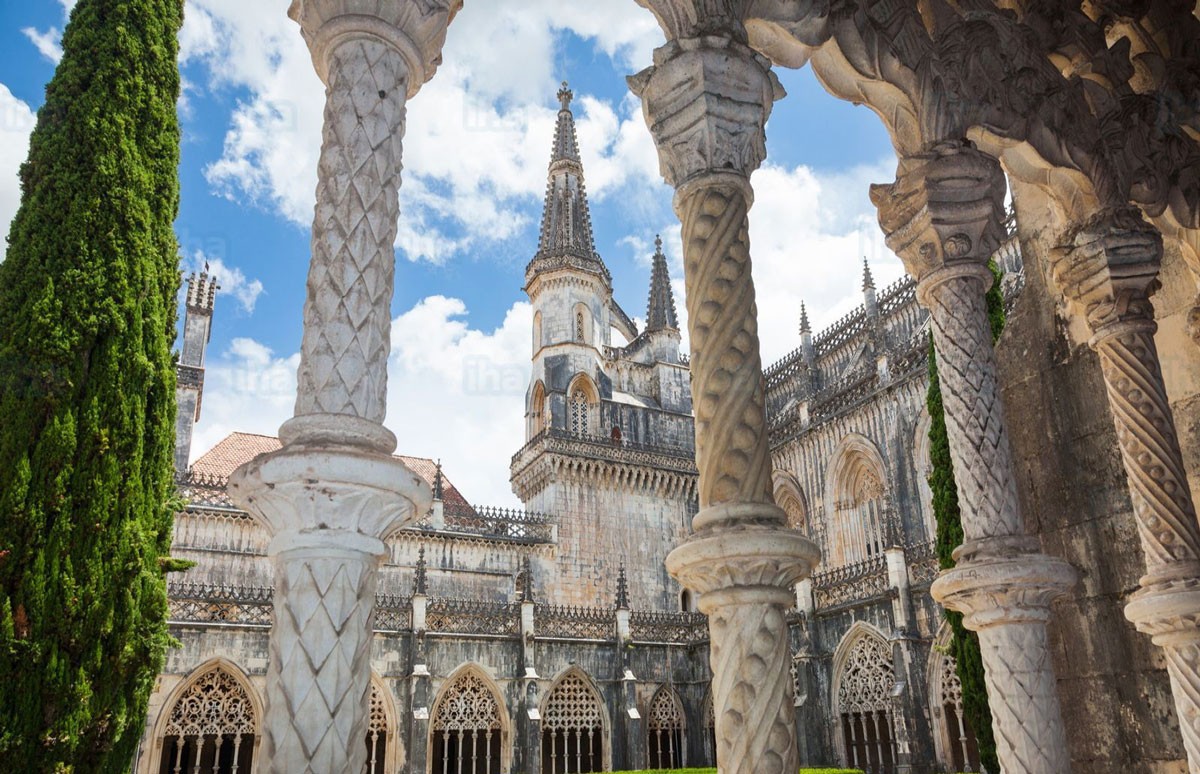 A Portuguese National Monument, the cathedral dates to the 16th century and has a Mannerist shell, with Classical and Baroque interiors.
Like many of the buildings in Leiria, it almost collapsed in the 1755 earthquake.
And this explains the building’s hardy, buttressed appearance as it was reconstructed to be resilient.
There was more trouble on the way in 1810 when a fire during the Peninsular War with the French gutted the interiors.
So it stands more as an interesting testament to Leiria’s challenges than a dazzling monument, although the gilded Baroque altar inside is appropriately splendid.

This medieval paper mill on the bank of the Lis River can be traced to 1411 when it was mentioned in King John I’s royal charter.
It was the first recorded paper mill in the country and in 1496 would influence the local printing industry when the Almanach Perpetuum by a Hebrew scholar became one of Portugal’s first printed books.
Before that, the mill had been used to grind grain and produce oil.
When the interior was restored in 2009, each of those old applications was revived, but the best part is watching pulp and fabric being turned into sheets of paper before your eyes. 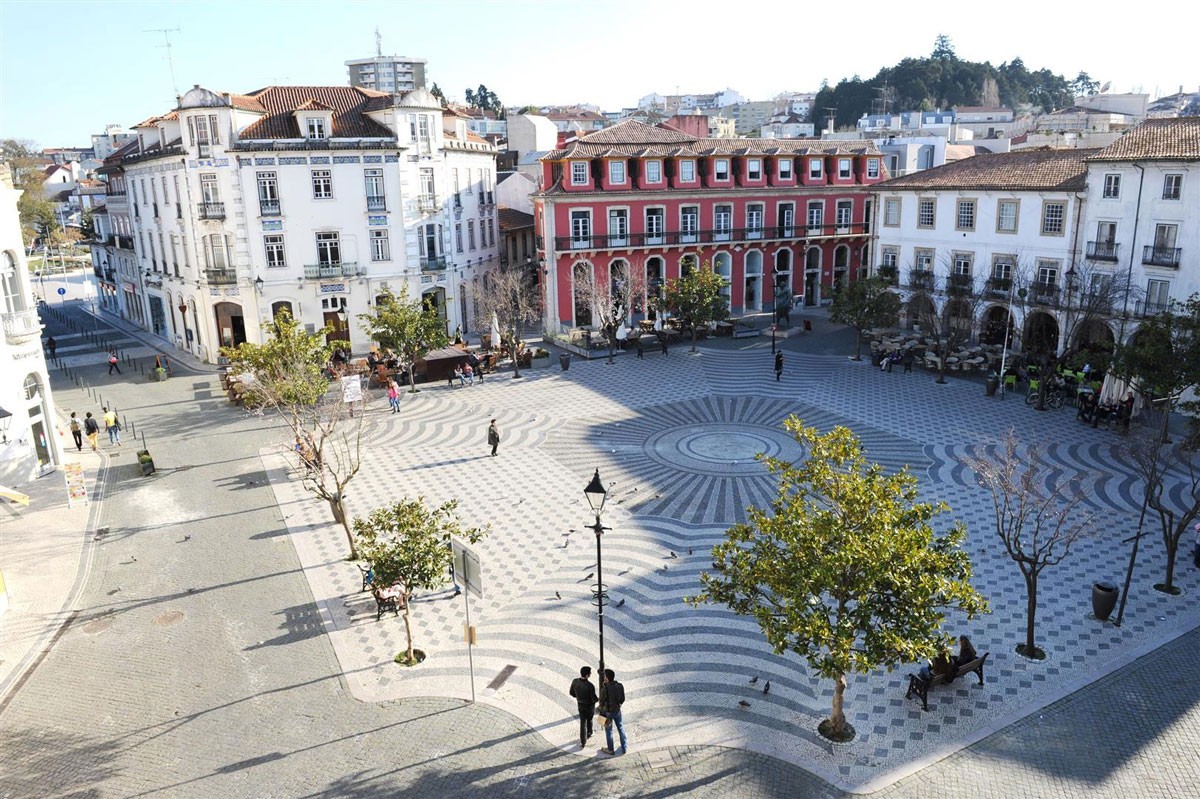 This central square is the hub of Leiria’s nightlife and a sociable place just to take the weight off for a few minutes and sip a coffee or cold drink.
The view helps too, as peeking above the buildings to the north is the walls of Leiria’s castle.
The square is named in honor of one of Leiria’s most famous figures, the early-17th-century poet Rodrigues Lobo.
He was born into wealth but chose to write about the humble farmers working by the Lena and Lis Rivers.
Lobo is commemorated with a statue, erected in the southwest corner in 1923.

Set near the castle is an absorbing little Romanesque church built around the same period.
For a short time, this was Leiria’s cathedral, but after the 17th century, it fell into disuse and was repurposed as a theatre, barn, and even a prison.
This makes it even more amazing that so much of the 12th and 13th-century carvings outside are still here.
Your attention will be on the main portal, which at the top has images of animals sculpted into the corbels supporting the cornice.
And below the archivolts are decorated with vegetal motifs and human faces. 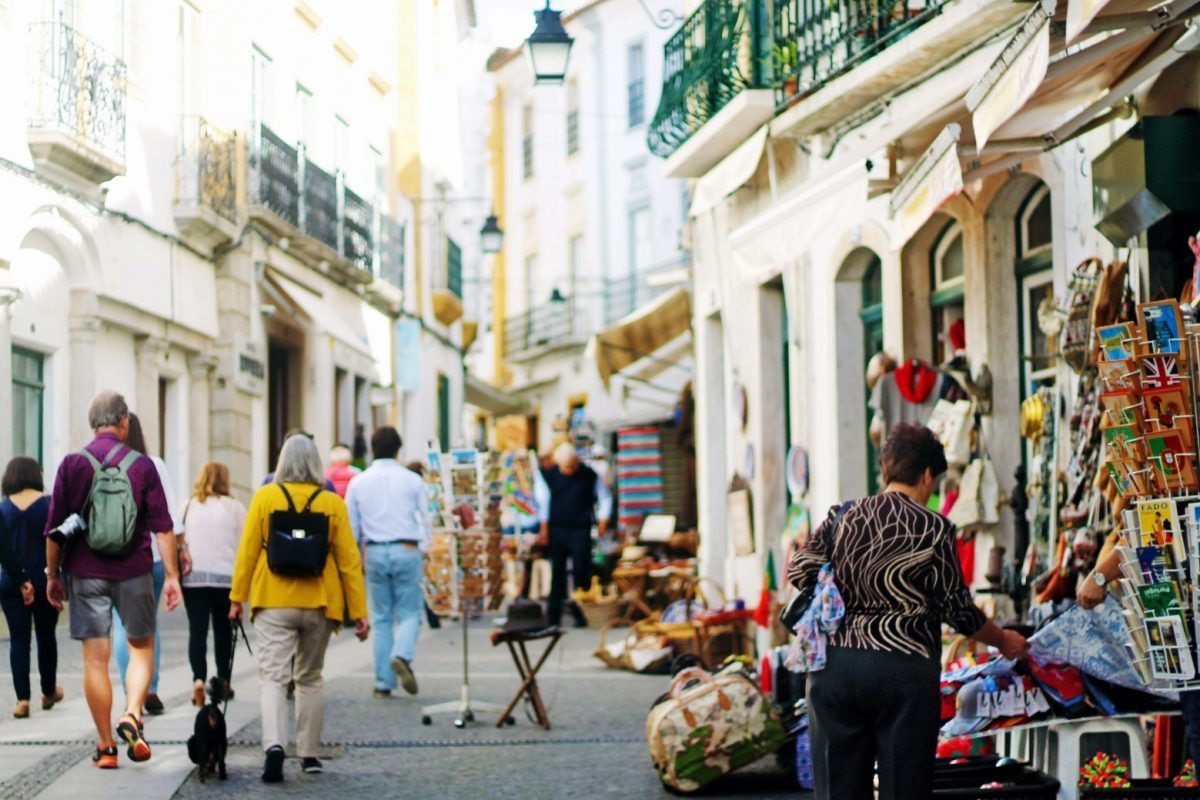 Évora: What to do/see 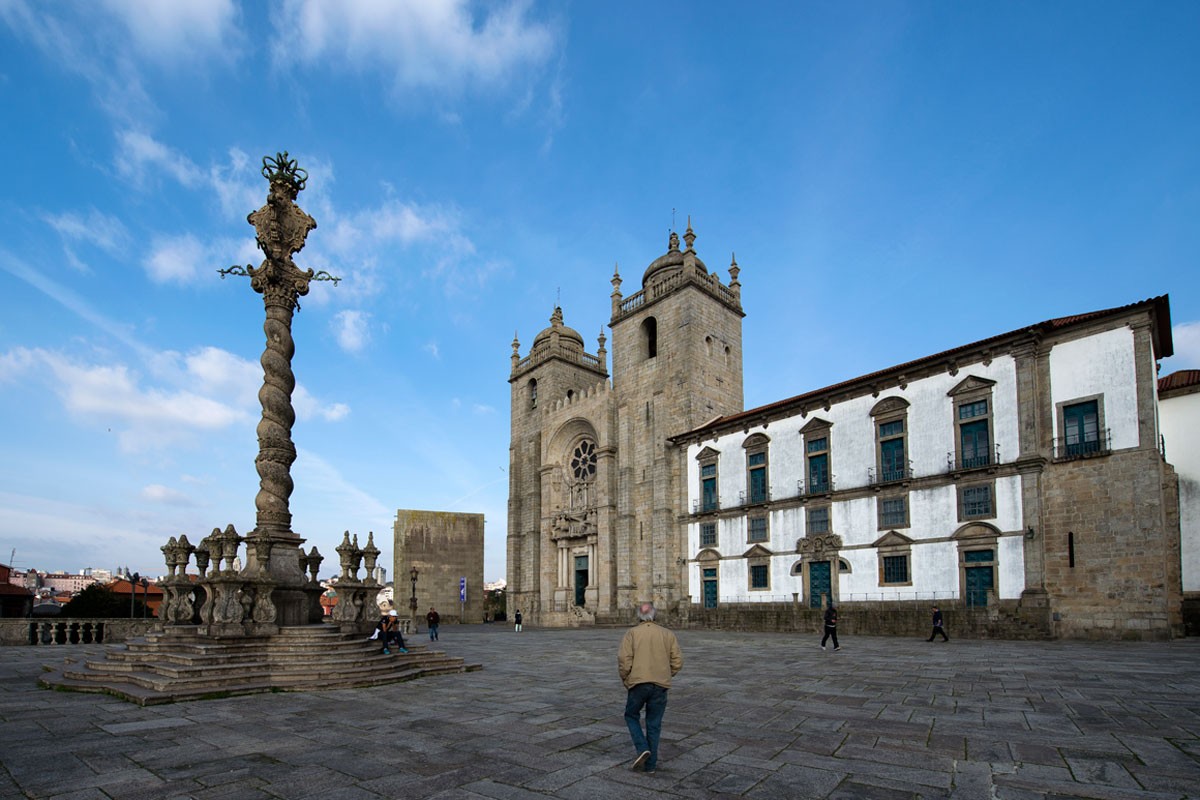 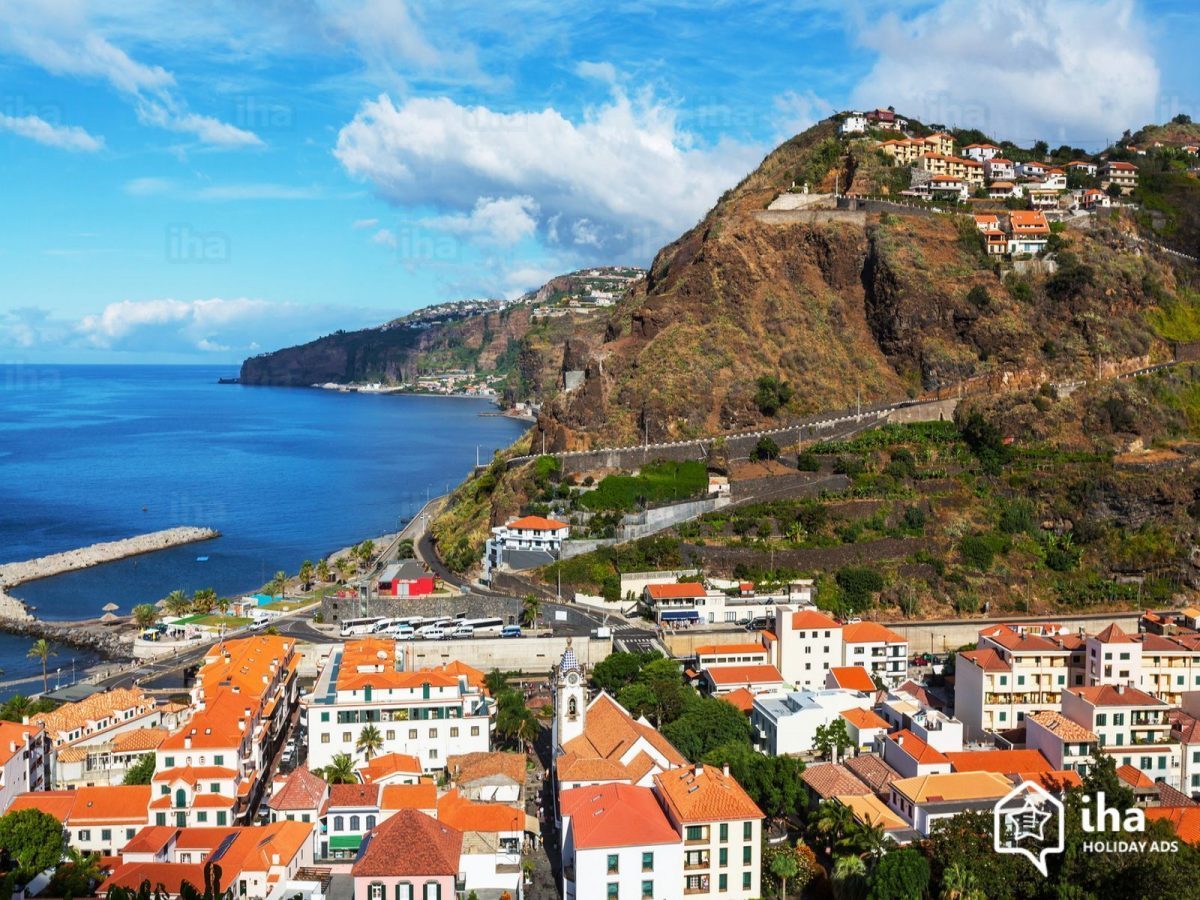 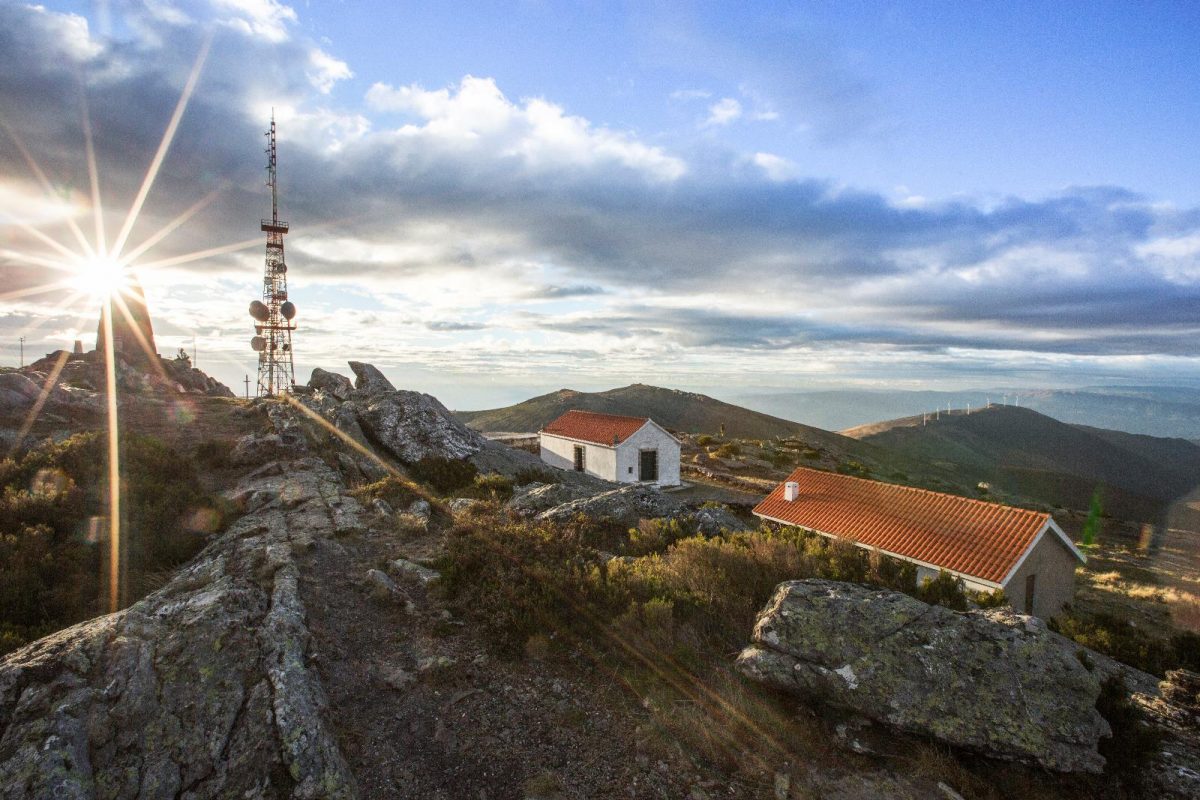