With a very particular Hymn to Planet Earth and Nature, Matias Damásio begins by showing us a video where he says:

The video received an ovation from the public.

Then, perhaps Matias Damásio’s best concert began, on top of one of the most symbolic stages in Lisbon, where he sang his greatest hits, and also had many surprises and guests, including Sara Paixão and Nininho Vaz Maia.

Matias Damásio, in his simplicity, thanks the audience for their presence with “thank you for coming, you are inside my soul, my heart“, “I am a good gentleman, I know how to have a good night…”

In a playful act, he mentions that “he wasn’t the one who ordered the tracks with his name to be sold” and so many rocked the concert. One of the surprises was the theme ‘Como Antes’ in the version by Nininho Vaz Maia, which takes the stage to the delight of the audience.

A show of light, color, and sound, an enraptured audience, where cries of “you are beautiful” were heard from those who were not ashamed, and got up to dance and sing. Among so many songs, we heard ‘I came to return’, ‘As Before’, ‘Loucos’, ‘Because we want to see’, I Wanna Be Your Hero’, ‘Teu Olhar’, ‘I swear by everything’, among many others.

He pays homage to his country, to his land, where he grew up, lived, a land of memories, of people who emigrated in the hope of a better life, and asks for a round of applause for Angola singing “Angola, País Novo”

He also honors the grandmother who gave him everything, in extreme poverty, but always with the strength to live, sings ‘Nada Mudou‘.

The biggest moment of the night happened when his 15-year-old son Graciano took the stage to sing ‘Loucos‘.

It was a crazy night, an excellent concert, where Damasio proved that he really “knows how to be a good host“, “knows how to spend a good night“, as he said at the beginning of the concert.

Eros Ramazzotti at Altice Arena in 2023 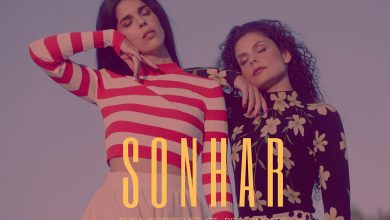