The Macau Government said today it intends to encourage partnerships between small and medium-sized enterprises in Portugal, Brazil and Macao to enter the interior of China.

During the first day of debate in the Legislative Assembly of the LAG for the financial year 2019 in the area of ​​Economy and Finance, the secretary of the tutelage, Leong Vai Tac, stressed that the Government wants “to encourage the establishment of partnerships between small and medium enterprises “of Portugal, Brazil and Macao to” enter and develop commercial activities in the Mainland. ”

During the debate, Leong Vai Tac also stressed that he wants young people from the territory and region of the Great Bay to set up incubator companies in Portugal.

“We are going to give support to the young people of Macau and of the Great Bay for the creation of incubating companies in Portugal“, he said.

In the LAG document, it can be read that “the Business Incubation Center for Young People of Macao signed a cooperation agreement on the joint construction of the Beta Interaction Zone in June of this year with a Beta-i Portuguese partner -i-Macau in Lisbon “.

For the coming year, the Secretary for Economy and Finance said that he intends to intensify economic and trade cooperation in three areas: “Brazil-Latin America, Portugal-European Union, Angola and Mozambique-Africa, to support partners to their two-way cooperation networks to the European Union, Latin America and African countries. ”

He also pointed out that in cooperation between Macao and “two large banks of mainland China“, the territory is committed “so that more private enterprises of quality and the interior of China develop, through Macao, liquidation operations for Portuguese-speaking countries. ”

In relation to traditional Chinese medicine, the goal is to “increase promotion” together of the Portuguese-speaking countries. 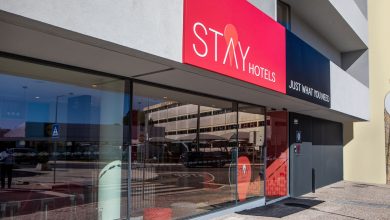