An exhibition alluding to Madonna’s 60th birthday, with several dozen pieces of the pop singer’s career, will run until the end of September at the Faculty of Arts of the University of Porto, said the curator.

According to the curator of the exhibition, Sergio Araújo, the exhibition takes place in the context of the KISMIF (acronym for “Keep it Simple, Make It Fast”) that happens in that college.

The American artist, who currently resides in Lisbon, turns 60 on Thursday.

“There are several dozens of exhibits in the college library,” from the Bravo magazines “from the 80s to the 90s” of the last century, to “postcards that depict moments” of Madonna’s career. example “the Virgin Tour” and the early 1990s before the album “Erotica”, said the curator.

The exhibition “Sex”, considered at the end of the twentieth century “is one of the most important objects of pop culture of the 90s”, revealed Sérgio Araújo.

At the KISMIF conferences, coordinated by Paula Guerra, a debate has already been held with Lucy O’Brien, author of a book “On the Role of Women in the History of Music,” she reported.

Singer Madonna is celebrating her 60th birthday with a fundraising campaign for Malawian children.

At the end of July, Madonna told the AP that she is promoting a campaign on Facebook, which ends Aug. 31, allowing her fans to donate money directly to the singer’s Facebook page or to create her own fundraising campaign .

The total amount of donations raised is for the Raising Malawi Foundation, said the Ripple payment agency, which will match donations. 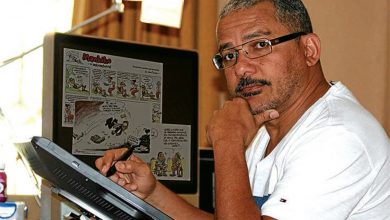