Melgaço, in Alto Minho, has already completed all the works that applied for the Raia thermae project – which involves six Portuguese and Galician municipalities located in the basins of the Minho and Lima rivers – and is preparing to start promoting the thermae destination.

“We can say that Melgaço is, from the Galician and Portuguese municipalities, the one that has more execution carried out. We will be with a 70% execution, in an investment of 250 thousand euros“, said the mayor of Melgaço, Manoel Batista.

With a budget of around two million euros, the Raia Termal project is developed under the Cooperation Program INTERREG VA Spain-Portugal (POCTEP) 2014-2020 and co-financed by the European Regional Development Fund (ERDF).

Coordinated by the Hydrographic Confederation of Miño-Sil, it integrates, on the Spanish side, in the province of Ourense, the municipalities of Cortegada, Lobios, Bande and Muíños.

In Melgaço, the socialist mayor said that the project for the valorization of natural resources has a total budget of 370 thousand euros.

Manoel Batista guaranteed that “all physical actions” will be implemented – “the rehabilitation of the thermal park, the arrangement of the parking area at the entrance to the park, the transformation of the mini-golf field into a fitness area to complete the supply and replacement of sluices lake next to the park “.

“Within two months we will be in a position to contract the communication part, with the installation of giant screens so we can inform those who visit us about the integrated offer of the project: our thermal baths and the others that make up the project,” said Manoel Batista. that the investment will be around 50 thousand euros.

“The Galician municipalities do not have the financial and technical autonomy that the Portuguese municipalities have. They depend a lot on the deputación and are more restricted and limited in the capacity to put in the projects, “he said.

In Terras de Bouro, the political change dictated by the last municipal elections stopped the progress of the interventions. The president of the Chamber, Manuel Tibo, admitted that the project, endowed with a budget of 376 thousand euros, “is far behind” in relation to the rest.

“We are at this stage waiting to be authorized by the entity that manages POCTEP to reschedule the funding for the year 2018 to 2019. If the partners do not approve this request for reprogramming, the application ends up being 30% of execution, “said Manuel Tibo.

The mayor said that in 2018, “the study phase, the collection of opinions and the preparation of projects for the three planned interventions were completed” – the creation of a garden with Gerês herbs and medicinal and autochthonous plants, the recovery of the riverine zone of the Gerês river, in Vila do Gerês, and the requalification of the basic sanitation network of that area.

The “physical” work, he said, is around 210 thousand euros.

“I am waiting patiently for the partners to accept our request to be a superior author. We would like to achieve this by 2019,” he said.

Manuel Tibo stressed that these cross-border projects are of “all interest“, he defended the reinforcement of funding for cooperation between the populations of the two countries and called for “a reduction in the bureaucracy involved in the implementation of these joint actions.”

In addition to valorising the thermae natural resources of the six municipalities, the ultimate goal of the project is the creation of a single border thermal destination, that is, “a unique and attractive environmental tourism resource in the transboundary space, promoting its position in the Spanish markets, Portuguese and European.”

The aim is “to protect and conserve the natural riverside areas of the Minho and Lima, in order to contribute to the improvement of the environment and the thermal resources of the zone, and create a network that fosters the structuring of the rivers trans-boundary thermal resources of Ourense and of the North of Portugal, with the objective of its tourist valorization “.

Portugal has more scientists than Spain but (much) less funding 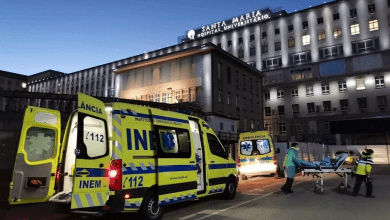 Ventilators donated by the French Government to INEM 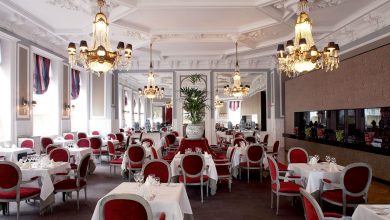 Grande Hotel do Porto proposed as a monument of municipal interest