Based on the works ‘Essay on blindness’, ‘Essay on lucidity’ and ‘The intermittences of death’, the new orchestra of the composer of ‘Six portraits of pain’ will be performed by the Orquestra Metropolitana de Lisboa under the direction of Jonas Alber, in a concert entitled ‘Saramago, Nobel 1998: Memorial’.

“My admiration for José Saramago has no limits, and in the strange sadness that struck me when I learned of his death, it came to my mind that ‘I lived in the time of Saramago.’ That is, for me, it was not just him. It was a time, “wrote Antonio Pinho Vargas, a few days after the disappearance of the writer, in a testimony to the newspaper Público, now recovered by the Research and Information Center of Portuguese Music (mic.pt), which publishes its work.

The premiere of ‘Memorial’ is accompanied by Dmitri Chostakovitch’s Symphony of Chamber, Op. 110a, resulting from the arrangement for string orchestra of the Op. 110 (1960), by Rudolph Barshai. The concert is organized by the foundations José Saramago and Caixa Geral de Depósitos Culturgest.

The program of the celebrations also includes the uninterrupted reading of the novel ‘Todos os Nomes’, by José Saramago, at the D. Maria II National Theater, the inauguration of the exhibition ‘Silence and Memory – 23 Nobel Prizes in Literature’, at Torreão Poente do Praça do Trade, and also the attribution of the name of the writer to a wide in Lisbon.

On Sunday, at the D. Maria II National Theater, 20 actors will uninterruptedly read ‘All Names’, one day before the 20th anniversary of the award of the first Nobel Prize in Literature to a Portuguese writer.

It was on December 10, 1998, that José Saramago was awarded the Nobel Academy Award, an event that the José Saramago Foundation, in collaboration with the Portuguese Government, now signs with this set of initiatives.

The initiative will be open to the public in the Garrett room of D. Maria.

The commemoration is also marked by the inauguration of Largo José Saramago, in front of Casa dos Bicos, where the foundation is located with the name of the writer, born in Azinhaga do Ribatejo. The mayor of Lisbon, Fernando Medina, is present at the inauguration.

Shortly afterwards, the exhibition titled ‘Silence and Memory – 23 Nobel Prizes of Literature’ will also be inaugurated in the Torreão Poente / Museum of Lisbon, in Praça do Comércio.

Patent until February 24, 2019, the exhibition, curated by Miguel Ángel Invarato, features a photograph by Kim Manresa and text by Xavi Ayén, and brings together 160 images and excerpts from interviews conducted at 23 Nobel Prizes in Literature.

According to the room sheet, this exhibition reproduces the complicity and intimacy that was generated among artists and writers, in a work started in 2005.

To reinforce this connection with the literature, there are reading points of texts, thoughts and ideas of the 23 laureates.

During the exhibition period, a parallel program will be held at the José Saramago Foundation, in partnership with the Swedish Embassy in Portugal, with conferences dedicated to some of the writers.

The European tour of the exhibition “Silence and memory – 23 Nobel Prizes of Literature” begins in Lisbon, and is already present in Spain and Italy, after a first presentation at the Nobel Prize in Stockholm.

The exhibition is co-organized by the José Saramago Foundation and the Lisbon City Hall and is supported by the Swedish Embassy under the parallel program.

He also had the support of Epson and Laminamarc and of the publishers Porto Editora, D. Quixote, Editorial Presença, Quetzal and Clock of Water in the availability of books of these authors.

On October 8, 1998, the Academy awarded the Nobel Prize for Literature to the writer José Saramago, the first author to receive the distinction of the Swedish Academy for the ensemble of his work of which they are celebrated twenty years now.

The prize was awarded in Stockholm on 10 December 1998.

Portugal is promoted in London as a destination for asset managers 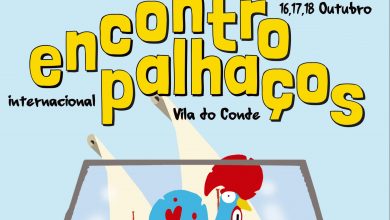 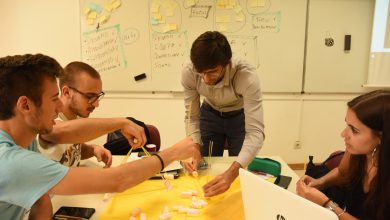