Marlene Monteiro Freitas’s ‘Essay for a Cartography’ by Monica Calle and ‘Bacchae – Prelude for a Purge’, winner of the Silver Lion of the Venice Biennale 2018, are presented at the Vienna Festival in May.

‘Essay for a cartography’ will be represented from 13 to 15 May and ‘Bacchae – Prelude for a purge’ on 18 and 19, integrated into the schedule of the event taking place in the Austrian capital from May 9 to June 19, announced in a statement the National Theater D. Maria II.

Before the Vienna Festival, the Marlene Monteiro Freitas show is presented in Valenciennes (France), on March 12, in Freiburg (Germany) on the 15th, and in Toulouse (France) from March 27th to 29th.

This tour also includes shows in the French cities of Caen (02 and 03 April) and Poitiers (12 April). From May 9 to 11, the show is shown in Switzerland and from June 1 to 3 in Montreal, Canada.

In addition to ‘Bacantes – Essay for a purge’ and ‘Essay for a cartography’, the D. Maria II also presents in Vienna, on June 7 and 8, the own production ‘Breath’, conceived by its artistic director, Tiago Rodrigues.

Euripides’ moral and aesthetic world is the starting point for “Bacantes – Prelude for a Purge,” a creation by Marlene Monteiro Freitas in which the dancer and choreographer appeals to the common denominator of her work – “openness, impurity , the intensity “-, to impose an” authentic combat of appearances and dissimulations, polarized between the fields of Apollo and Dionysius “, as it was referred in the presentation of the spectacle to the date of debut.

The play is also part of the delirium and the irrational present in Euripides, as well as the ferocity, the desire for peace and the aspiration to a simple life, as the exponent of the classical Greek tragedy lived five centuries before Christ.

It is the moral and aesthetic world of the poet that Marlene Monteiro Freitas took in the construction of ‘Bacantes – Prelude for a Purge’ and that runs through the show.

“Essay for a cartography” is an attitude of resistance, courage and overcoming in which 12 naked women, without musical or dance training, are building an individual and collective path, told the director at the time of the premiere.

With stage and lighting design also by Mónica Calle and José Miguel Vitorino, as an assistant director, the piece began to be thought of in 2014 after the director had met the dancer and choreographer Luna Andermatt, founder of the National Ballet Company, and at the time he began to be aware of the ageing of the body.

And it is through courage and overcoming that, to the sound of Ravel’s ‘Bolero’, in a reduction of what Maurice Béjart did for Maya Plisetskaya, the 12 actresses who play the piece manage to play simple chords on violins and cellos and perform ballet movements classical, such as dancing on tips, without any musical training or classical dance.

“Essay for a cartography” is a work under construction that, according to Monica Calle, will last for seven years, as many as the mortal sins of Brecht.

‘How she dies’, with text and co-creation by Tiago Rodrigues, interpreted by Frank Vercruyssen, Isabel Abreu, Jolente de Keersmaeker and Pedro Gil, is another of the close to ten creations or co-creations that D. Maria II currently has on national tour and International. 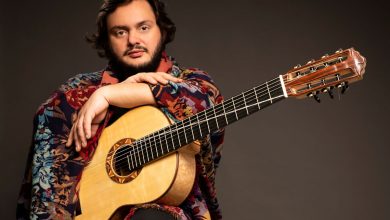 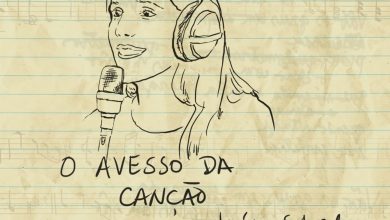