The ballet ‘Don Quixote’, by Eric Volodine, will be performed by Companhia Nacional de Bailado (CNB), at the Camões Theater, in Lisbon, between today and March 17, and from July 11 to 13 at the Teatro Municipal do Port.

With choreography by Eric Volodine according to Alexander Gorski and music by Ludwig Minkus, the show was premiered by the CNB in 1990 and is now back to dance, returning to the company’s programming.

The plot is inspired by the work of Marius Petipa and the work of Miguel de Cervantes, and has scenography and costumes by Alexandre Vassiliev, with light drawing by Richard Caswell.

The absolute premiere of this work took place in Moscow at the Bolshoi Theater on December 14, 1869, and the CNB premier took place in Lisbon at the National Theater of São Carlos on March 24, 1990.

The ballet ‘Don Quixote’ is considered one of the great legacies of the choreographer Marius Petipa, based on episodes of the literary work ‘D. Quixote de La Mancha ‘by Miguel de Cervantes, alternating between a realistic and popular nature, with the world of fantasy and dream.

In 1900, Alexander Gorski presented his version with choreographic and musical alterations, and it was from this version that Eric Volodine built his debut version at the CNB in 1990, which is now back on the scene.

The story tells of Don Quixote, who, having read and reread stories of knights-errant, decides to leave his office and set out in search of new adventures together with his comrade-in-arms, Sancho Panza.

One of the most emblematic moments of the argument is when Don Quixote takes windmills by dragons and evil spirits and, in trying to “fight them”, ends up being hit by the millstones, and falls to the ground in a deep dream where surrounded by forest deities.

Loulé's ecological carnival is inspired by Marcelo for the 'Selfie Circus' 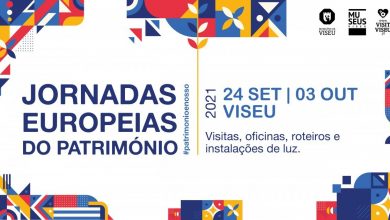 Viseu celebrates European Heritage Days with activities for everyone