SAL’s debut album “Passo Forte” is released on October 29th. The album was prepared over the last year and a half and reveals a powerful sound that carries the DNA of its elements: a rock band with an exquisite sound that mixes the roots of traditional music with a more electronic and contemporary side. Or were it not formed by the experienced Sérgio Pires (vocals and braguesa), João Pinheiro (drums), Daniel Mestre (guitars) and João Gil (bass), all ex-Diabos na Cruz, and Vicente Santos (keys).

We all find ourselves, at least once in our lives, at a point where we are more afraid to leave than to stay.
How easy it is to be accommodated to the sweet routine, to the comfort of the expectable, to guaranteed sustenance, waiting for the pandemic to disappear outside and for populism to run out.

What we do from that moment on is what defines us. It is what will give meaning to everything we live and have to live, the way we will be remembered, the people we will be cherished by, the inspiration we can be and the love we can give.

The process is more complicated. Sometimes it takes “Morrer” to find the new way of living, to survive the purge, to find a new voice that is able to say what hurts, but also what will heal.

From there, it is necessary to find the right step to go in search of happiness, of finding a new identity as a family, or the one that has always been there, but trapped in a cage always doing the same tricks, in a “Lynchiano” circus.

This is a band that feels, feels at the surface of each song, whether it’s the nerve to break a routine, the anxiety that consumes us or a populism that is gaining expression but again has very little.

From one pandemic to the other, “No Vale Chorar” for the distance that separates us, but for the one that unites us, the embrace of solidarity, of this family that got together to sing during the obligatory distancing and the fraternal love of getting back together .

Family, by the way, is not lacking in this record. The fraternal love of the elements of SAL is of course not water, but there is room for all those who pull a “Smile Sun” from each one of them, whether in the middle of the “Fim do Mundo””, or to hold a hand in a “Mal Antigo”. There is blood, sweat and tears in SAL’s lyrics, and no matter how many adventures they have to go through, there is always a moment of encounter, whether spiritual, alongside “A Semente e do Pastor”, or ghostly in the confrontation of “O Caçador” or of the ulterior fears “Do Que é Feito Este Chão”.

Life without SAL has no flavor, which is to say that popular music without the intervention component is meaningless, and for that reason, this struggle that is flagged in an arc in the anthem of a generation that closes the record could not be missing.

“No Sou da Paz” is a reflection on a word that has no end, that is a constant in the struggle of the human condition, it is a word that only rests when one lies down in a coffin. It is a manifestation of intentions for a fight that has to be ours and that SAL brings in every song. This song is closer to each one of us than the SALT that comes out of our body in the form of water.

Sonically, the band of Sérgio Pires (vocals and braguesa), João Pinheiro (drums), Daniel Mestre (guitars) and João Gil (bass), all ex-Diabos na Cruz, and Vicente Santos (keys), demonstrate how popular music Portuguese, translated in adufes, braguesa or accordion, exults with the guitars of the 90s and that navigates through the drone at the same time as it invokes the medieval or the western.

The ability to create tones through piano melodies, whether from a lost piano or an electric harmonium, shows that these 5 wolves of the sea are not afraid of the waves they can create, venturing into textures that touch the industrial or even the psychedelic. Each song is a treat for the ear to delight in the mastery of the art of “Fazer Por Merecer”.

There is a Portugal inside them that never ends and a modern rock full of soul, a soul purified by the salt that healed the wounds and opened the way for new discoveries. 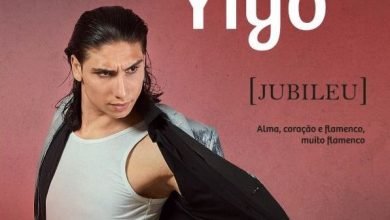 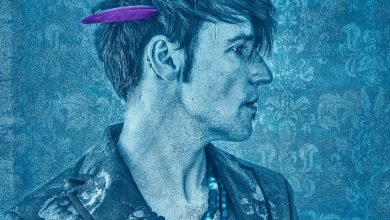 MOURAH is back with the new album “Euphony”