Pietro Fittipaldi was the special guest of another F1 Eleven 1: 1, having been chatting with Duarte Félix da Costa, live, on ELEVEN SPORTS Instagram. Throughout the program, the 23-year-old Brazilian driver, who was the first driver of Latin American descent to win a title in a Nascar division, spoke about his career and the sport.

Over more than 45 minutes, Pietro Fittipaldi talked about his career and his achievements in Formula 1. About his joining the Haas F1 team, Fittipaldi says that: “In 2016 I had a meeting with Gunther Steiner and he said that if I won the title in World Series 3.5, it would give me a chance as a test driver at Haas. And so it was, I won the championship”.

Regarding the accident he suffered in 2018, in which he broke both legs, Pietro confesses that: “After my accident, the first question I asked the doctor was ‘When can I drive a racing car again?’ And he said that only in 2019, I didn’t accept it in my head”.

Regarding his family nucleus, Pietro indicates that: “my grandfather Emerson has always helped me, I have the privilege of having a family that understands motoring a lot and opened many doors for me” added that “I am very competitive with my brother Enzo, but in the end I want the best for him and he wants the best for me, but this healthy competitiveness is important because we push each other to be better”.

Fittipaldi also ended up giving his opinion about the F1 series on Netflix, stating that: “I really liked the series, but I feel that they exaggerated the drama between Magnussen and Grosjean a little”. Still on this relationship, the driver states that “They had their problems on the track, mainly in Siverstone and several other times too, but to be honest, when they get out of the car they are very professional”. “Kevin is a cooler and more reserved guy, Romain is more direct, he really says what he thinks. I never saw them argue off the track”.

Regarding his career, Fittipaldi mentions that: “As a reserve driver in F1, you never know what can happen, so you need to be always there and prepared to get in the car. Last year I did 7 days of F1 tests with Haas, more than 2500 km and I am sure that if the opportunity arises, I will be prepared and competitive. My goal and my dream is to be on the grid and God willing in 2021 I will be there, but until then we have a lot of work ahead of us in 2020.”
When asked about Gunther Steiner, the Brazilian pilot stated that: “Gunther is a very straightforward guy, sometimes you agree with him and get closed soon, even if you only sign the contract 2 or 3 months later. His word is very strong, he is one of the few people in motorsport where the word really counts”.

Regarding Haas’ continuity in Formula 1, Pietro considers that: “Haas wants to continue in F1, it is a decision that will happen soon, but I am confident that they will continue. I think Gene Haas was waiting for the FIA ​​decision on the budget ceiling, which will help the smallest teams to get closer to the strongest teams.” As for the budget ceiling, Fittipaldi adds, “I think it will be difficult for us to compete with Mercedes, Ferrari and Red Bull but we will get closer and from time to time, on a track that favors our car, who knows we might end up on the podium.”

As for the possibility of grid inversion, the driver states that: “It could even distort the reality of the races, but it would be cool. As an F1 fan I would like to see a race with an inverted grid, it would be fun to see a Williams on pole and Hamilton to start last, it would be interesting”.

On reaching F1, the driver indicates that: “For any driver, regardless of nationality, it is very difficult to get to F1, there are only 20 vacancies, even with reserve drivers we are 29 in total. Nowadays there are F4, F3 , F2, until you reach F1. There are millions of investments you need to make. What Brazil lacks to be able to have a F1 driver again is this investment.”

Regarding 2021, Fittipaldi says: “I know that there have already been changes of drivers for the next year, but it is still a little early for me. My goal is to be on the grid in 2021, but I still have to confirm Haas, I am confident, but we have to wait…”

When asked about Carlos Sainz vs. Charles Leclerc 2021, Pietro says: “I think it will be very interesting to see Sainz at Ferrari. Leclerc is now seen as number 1 but Sainz is very motivated and is looking to leave his name in F1 history. He is a very technical guy and has always beaten the teammates he had, at Toro Rosso, at McLaren… He is a very consistent driver”.

Regarding Sebastian Vettel and the 2021 driver market, Fittipaldi says: “Vettel? If he stops in 2021, he will stop for good, I don’t think he wants to come back later. It is interesting to see what will happen, because Bottas ends the contract at the end of the year. To tell you the truth, I have no idea what will happen because there are so many possibilities that can happen, even Fernando Alonso can return…”“ At Haas this year we want to fight for being the 6th team, this is our team’s goal. Be between the 5th and 6th team”.

The driver ends by saying that “The name Fittipaldi I respect a lot, it is an honor to have this name but my goal is to create my own name Pietro Fittipaldi in F1. I am Portuguese too, my name is Pietro Fittipaldi da Cruz, my father has a Portuguese passport, so I want to send a hug to all fans of F1 in Portugal and Eleven Sports”. 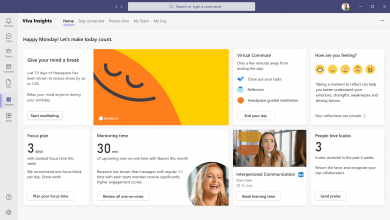 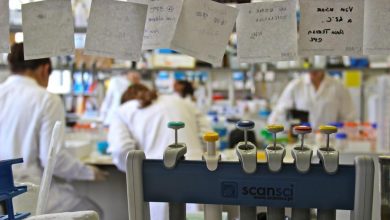 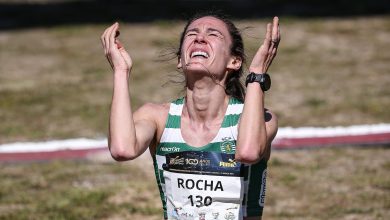