Over the weekend, the courts of the Porto Tennis Club hosted another stage integrated in Vanguard Stars, an international circuit aimed at young federated athletes, between 8 and 11 years old, whose objective is to promote the practice of sports and contribute for the personal and sporting development of future tennis stars.

As has been the case since 2018, the international Vanguard Stars circuit once again had an appointment with the city of Porto to carry out the third stage of this innovative program, which aims to support sport, especially young people, through the organization of tournaments between players from different nationalities.

The aim is to discover the tennis stars of the future, while contributing to the development of social and sporting skills of these young athletes.

In 2021, the circuit will tour three countries and visit six cities, with Porto being the third stage of the tournament, which has already passed through Lisbon, in May, and the French city of Lyon, last June. Until the end of the year, Vanguard Stars will also compete in stages in Madrid, Vilamoura and Seville, then returning to Lisbon, at the end of November, for the Masters final, which will bring together the 10 best players on the circuit.

This weekend’s stage took place on the courts of the Clube de Ténis do Porto, bringing together nearly 150 young tennis players, male and female, distributed in the under-10 and under-11 levels.

At the invitation of the organization, the mayor of Porto, Rui Moreira, attended the event, accompanied by Catarina Araújo, councilor responsible for the municipality’s Youth and Sports department, together with the hosts of this tournament, the Porto Tennis Club, the Porto Tennis Association and the Portuguese Tennis Federation.

The winners of Vanguard Stars Porto 2021 were:

The next stage of the Vanguard Star is scheduled for Madrid, on September 11th and 12th. 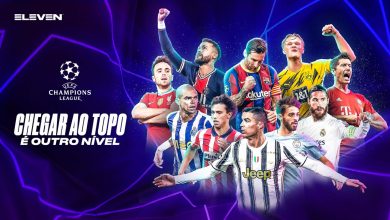