Portugal and Spain will join a consortium for advanced computing and submit an application for European funds to install two machines in both countries, said Minister of Science Manuel Heitor.

In September 2018, EU Science Ministers in Brussels approved the development of supercomputers with the creation of a European joint venture for high-performance computing.

According to the Minister of Science, Manuel Heitor, from Barcelona, where he met with the Spanish counterpart, Pedro Duque, the candidacy, to be presented until April 4, will compete with that of countries in Northern Europe and Eastern Europe, and will give Portugal “unprecedented computing power” to process data, notably in “new applications in the area of artificial intelligence, such as autonomous driving, cybersecurity and mobility in cities.”

The application, which is being worked on by the two countries within the Iberian Network of Advanced Computing, involves the Barcelona Supercomputing Center (BSC-CSN) and the Foundation for Science and Technology (FCT) attract ‘to Spain one of the supercomputers’ sponsored’ by the European joint venture for high-performance computing, EuroHPC, in parallel with another advanced computing machine to be installed in Portugal at the University of Minho.

Supported by funds from the EU budget and individual contributions from participating Member States, associated countries and private entities, EuroHPC is tasked with acquiring supercomputers and managing their access to a “broad spectrum of public and private users“, as well as such as supporting the development of supercomputing technologies, including “low-power microprocessors“, and the “collaborative design” of high-performance computing machines.

A year ago, the Barcelona Supercomputing Center, which houses the MareNostrum supercomputer, one of the most powerful in Europe and one of the world’s largest processing capacity, and FCT signed a cooperation agreement for the installation of the first supercomputer at the University of Minho to operate in Portugal.

Part of the computer infrastructure was ceded to FCT by the North American University of Texas, with the supercomputer to process data produced by the International Center for Research on the Atlantic in the Azores (AIR Center), a scientific network that involves several countries in areas such as climate, space and oceans.

As part of the visit today by the Minister of Science, Manuel Heitor, Barcelona has signed a protocol that will enable Portuguese companies and physicists to be able to “supply new equipment” and to use the synchrotron light laboratory ALBA, a Spanish complex of particles that allows visualizing the atomic and molecular structure of the materials and studying their properties, is considered the most important in the Mediterranean region.

Manuel Hector told, without elaborating the terms, that Portugal and Spain intend to strengthen cross-border cooperation, in particular between the regions of Trás-os-Montes and Castile and León, in the areas of “agriculture and digital transformation“, and Alentejo and Andalusia, in the fields of “sustainable energy and water management“, in the framework of the next Luso-Spanish Summit, to be held in June in Guarda. 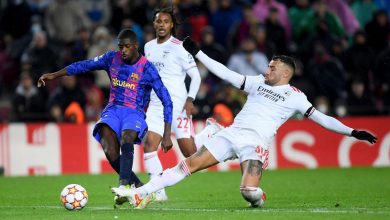