But, what is this album Portugal from the ground up about? Budda Guedes, the project’s mentor, explains that the objective was “to create a record and a video documentary where the roots of national music were sought and merged with the influences of the 21st century, thus making tradition contemporary. the aim of rescuing the tradition lost in time and space and revitalizing it.”

A real journey across the country, inspired by the work of Giacometti between 1960 and 1983, enriched by the concept underlying the work of the North American Ry Cooder, in works such as “Buena Vista Social Club”, “Mambo Sinuendo” and “A Meeting By The River”, where in addition to the work of collecting, looking for musicians from scratch, Ry Cooder creates new music together with these artists, lending his vision, looking to the present.

Budda Guedes, musician and artistic director of the project, visited each of the 8 artists in their region to compose and record a song together. In a period of 3 days, each guest artist worked in partnership with Budda Guedes to compose together a song that reflects the region and the musical genre that each artist represents (Fado, Cante Alentejano, Canto Polífônico, Desgarrada, Percussion, Corridinho do Algarve, Mirandesa Music).

As Budda Guedes tells us “I intended to show the variety of culture of the continental country from North to South, from Viana do Castelo, Miranda do Douro, Braga, Porto, Tavira and Évora, but always revitalizing and contemporizing root music, bringing it to the present and revealing it as the basis of all 21st-century music“.

In conclusion, Budda Guedes states that “root music is so-called precisely because it is at the root of all the music that followed it. It is the genesis!! And what this project intends is to show that only with some production and creation, it is easy to present this music in a more pop and contemporary format, appealing to new audiences, similar to what artists like Ana Moura and Mariza did with Fado.”

It should be noted that all the composition and recording work was recorded on video by Nico Guedes and that same documentary is now available on the YouTube platform.

“Portugal desde a raiz“, is now available in physical and digital stores.

Chrystabell, one of David Lynch's muses, live in Portugal 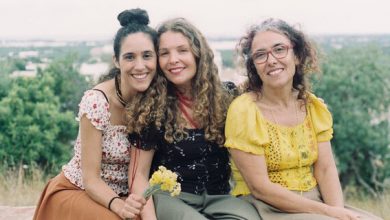 Ibero-American music is shown in Setúbal