The president of the Portuguese Association of Footwear Manufacturers, Luís Onofre, is today the leader of the European Confederation of the sector, representing 21 thousand companies responsible for 278 thousand jobs.

According to the information provided by the Portuguese Association of Footwear, Components, Leather Goods and Their Substitutes (APICCAPS), the inauguration ceremony will take place at 7:00 pm at Palácio da Bolsa in Oporto.

The announcement of the appointment of Luís Onofre to the presidency of the European Confederation of Footwear Industries (CEC), succeeding the Italian Cleto Sacripanti, was made on February 10 by the Deputy Minister and Economy, who considered it to be the demonstration of international prestige of Portugal in this industry and of “a distinction not only to the person and his leadership capacity, but also a reflection of the importance that the European confederation attributes to the sector in Portugal.”

According to Pedro Siza Vieira, taking over the presidency of the CEC, which is based in Brussels, will allow the country “to contribute to the affirmation of European industry, but particularly to raise the image of Portugal.”

“The way the world appreciates the course of the Portuguese footwear industry is impressive, it is a case study and an international example and in the country,” he said.

Corroborating that assuming the presidency of the CEC “is a personal prestige” and for the industry, Luís Onofre intends to take advantage of the position “to help the Portuguese industry to be increasingly recognized internationally” and to evaluate in more depth “some situations that are happening at the level of Europe “.

This is the second time that Portugal has taken the lead of the CEC. In 2001, the then president of APICCAPS, Fortunato Frederico, held for two years the presidency of the European confederation.

According to data from the National Institute of Statistics (INE), last year exports of the Portuguese footwear industry increased 1.54% (to 84.296 million pairs), but fell by 2.85% in value (to 1,904 million euros), interrupting a virtuous cycle of eight consecutive years of growth.

With more than 1,500 footwear companies and 40,000 workers, the Portuguese footwear sector had reached the highest level of exports in 2017, at around 1,965 million euros, equivalent to more than 83 million pairs of shoes. The average export price ($ 26.54, nearly three times that of the world) was the second largest among the world’s top producers of footwear.

According to data from the APICCAPS study office, since 2010 there have been successive increases in the value exported by the Portuguese footwear industry, where 280 new companies and 7,092 new jobs have been created since then (10,227 if employment created in the whole row ). 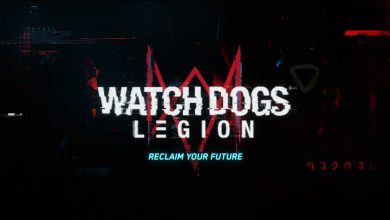 Every trailer and announcement from Ubisoft Forward