‘Gaza, mon amour’ is a fictional feature film, signed by the Palestinian brothers Tarzan and Arab Nasser, and partly shot in the Algarve, co-produced by Ukbar Filmes. It premiered at the Venice film festival, inspired by a true story that took place in Gaza in 2014, when a fisherman found a statue of Apollo in the sea.

In addition to shooting in Portugal, with the recreation of the ports of Gaza in the Algarve, Portuguese co-production also included sound, characterization and mixing.

The film is supported by the Instituto do Instituto do Cinema e Audiovisual and RTP and will premiere in Portuguese cinemas in the first quarter of 2021.

‘Gaza, mon amour’, starring Hiam Abbass and Salim Daw, was also distinguished at the Toronto film festival with the NETPAC award, with the jury praising the moving, thought-provoking and poetic tale of unspoken emotions depicting the daily life of Gaza.

Born in Gaza in 1988, Tarzan and Arab Nasser debuted in 2013 with the short film ‘Condom Lead’ and made their first feature a year later, entitled ‘Dégradé‘, premiered at Cannes Film Festival Critics’ Week.

The next edition of the Oscars, the North American film awards, was pushed to April 25, 2021, due to the covid-19 pandemic, which had implications for the deadlines for accepting applications, voting and nominating nominees.

The term of eligibility of films for the Oscars, in terms of premiere in North American theaters, has also been changed, now extending to February 28, 2021, going beyond the usual limit of December 31.

The deadline for submitting the best international film to the Oscars is December 1, 2020. 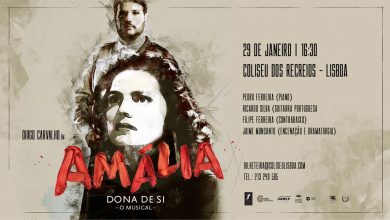