Portugal’s Ana Teixeira de Sousa launched the clothing brand Sophia Kah while living in London, but the pieces are “100% Portuguese,” she said Thursday at an event at the Portuguese Embassy during London Fashion Week.

“When I launched the brand I was living here and all the commercial part, marketing, started here, but everything is produced in Portugal, is 100% a Portuguese product,” said the stylist and entrepreneur.

Founded in 2010, the Sophia Kah brand makes a “Homage to Portugal” in the spring / summer collection for 2019, drawing inspiration from the national landscape, architecture and gastronomy to create both classic and modern style dresses.

In an event promoted by the Portugal Fashion project in the halls of the ambassador’s residence, Manuel Lobo Antunes, Ana Teixeira de Sousa had several models paraded with the new dresses.

“I love Portugal more than anything, I am a native promoter of our country. It is also a summer collection and we are one of the countries in Europe with the most fantastic summer, with lots of sunny days. to be a tribute to Portugal and this is present in various parts of the collection, from fabrics to colors. The yellow of the façades in Lisbon, for example, the green of the Douro, the Guimarães embroidery, which were transported to the collection of a not so handmade, but using this technique that has been around for many years, “he explained.

The mustard, lemon-green, and burnt-orange dresses represent the cuts of the sunset, in contrast to cuts creased in black lace and cut-off seams that make the contours of the body.

To wear during the day, Sophia Kah has crop-tops and matching skirts that have patterns inspired by Portuguese sidewalks, lined with trees, while at night she created long pleated dresses in fine, knit fabrics.

It also has versatile pieces to wear at any time thanks to combinations of chic silk, lace-up breeches and delicate lace blazers with lace lapels.

“Even though the personality of the brand is strong (…), every season we try to introduce new fabrics. instead of silks and embroidery, some handmade and some more industrial, “he said.

Ana Teixeira de Sousa studied management but pursued a career in fashion due to the knowledge and interest in the textile industry acquired in the family business, which owns a manufacturing unit in the north of Portugal.

The Sophia Kah gowns, made entirely in Portugal and have distinctive corset and embroidery features, have been used by celebrities such as Gillian Anderson, Sarah Jessica Parker and Keira Knightley, and singers Beyonce and Florence Welch, and are sold in prestigious stores like Harrods in London and Barneys in New York. 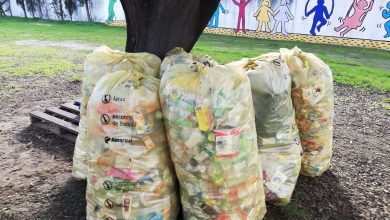